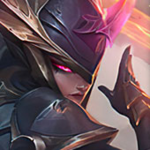 By AR73M1S
Early Game
Start off Warding Top side River, in pixel bush to try and predict if they are planning to invade level 1. Then go down to the bot-side buff. It is best to start bot-side as the leash is quicker as there are two people helping you. You want to go for a full clear. If you start blue buff, for example, you want to go Blue > Gromp > Wolves (Smite), Then towards Raptors > Red > Krugs. You want to be paying attention to the map. If the Enemy Jungle is spotted, check if they are level 3 or 4. If they have done Scuttle Crab on one side, you want to run to the other side of the river to try and beat them to the other Scuttle. Getting Double Scuttled is a big problem, as it gives vision of you if you want to gank top/bot, and the your laners get denied some vision. I like to save my smite so I can either steal/contest scuttle, or if the jungler is spotted on the other side, I can smite to take the shield off. After you get scuttle, you are going to want to look for ganking opportunities. Diana's ganks are not very strong pre lvl 6, so it is unlikely to get a kill. If anything you may lower the enemy or even pop a Summoner spell. Once you have around 1200 gold, you want to back and buy your starting items. Futures market gives you some extra wiggle room, so you don't need the full 1275 to get all your items.
Jungle Control
I personally like to CS a lot when I play Diana. I make sure have my jungle camps cleared as much as possible, while maintaing a good amount of ganks. Control wards are very helpful to keep track of the opposing jungler, Warding Key points in the enemy jungle can be very helpful when invading. Attached is a map on where to ward. If you find yourself having nothing to do, no camps up and no gank opportunities, invading is a great thing to do. Invading can weaken the enemy and strengthen you. It is great to get their buffs, but often they wont be up as most people prioritise them. A camp that is rarely done, especially in low elos, are the Krugs. Due to them being out of the way and taking so long to clear. It is very important to pay attention to the laners when you are invading. It is best to only invade when your laner has prio, so that they cant come down and collapse on you, without loosing cs and tower plating etc. When you are behind in the jungle, you do not want to invade. Invading is a high risk, high reward strategy, but if you are behind, if you run into the enemy you will likely die. When you are fed you do not need to be as careful, but you should still try to maintain vision and not get too cocky.
If you see that the enemy jungler is invading your camps through wards, you may want to go to their jungle while they are taking yours. This means you do not have to worry about running into them, meaning its much safer. Unless you are in a 5 stack and your laner is pushed up, you can collapse on them, but in solo queue and low elo, this will be unlikely.

Objectives
Objectives are one of the biggest factors in winning the game. As a Jungler it is important to know what all the Objectives do.

Rift Herald: this is one of the simplest objectives to take. It spawns at 8 Minutes. Once it is defeated, it spawns the "Eye of the Herald" once it is picked up (make sure you as the jungler get it) it takes up your ward spot, meaning you cant ward. When you spawn it, it spawns the Rift herald, it will head towards the nearest lane and slam into the tower. It does massive damage, and if it is not killed by enemies, can take multiple towers. You want to spawn it after a gank, when the enemy laner is killed. You want to kill minions as fast as you can, This is called "Shoving" Rift Herald is also quite easy to kill. On the back it's eye will periodically open, and if you Auto Attack from the back, it will deal a large amount of damage. It also sometimes charges up big attacks, which can be dodged if you walk to the back of it.

Baron Nashor:This is the hardest to fight. you will often need 3+ people to take it. When defeated, for 3 minutes, it will grant your team a large AD/AP buff and also an aura that empowers minions nearby, making them do more damage. It also gives you decreased recall time, meaning it doesn't take as long to back

Drake The Drake can come in multiple different forms, Infernal, Ocean, Cloud or Mountain. Each gives a different buff. These buffs are permanent and very strong. Once four drakes have been taken by the same team, that team will get Drake Soul. It is a big buff that lasts forever.

Elder Drake This is the Most powerful buff. It spawns a bit after Soul is gotten by a team. Once it is killed, it executes enemies below a percentage of health after they take damage from a player with the buff