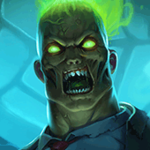 Call of the Void (Q)

By MordridtheBlack
Confuse and Shred
I've been playing this build (yes...I'm Bronze...deal with it) for some time. And found rather recently (a few months ago)that given the right items, runes, and summoner spells you can solo Baron with Malzahar.

It sounds odd, I realize this (even more so when it comes from someone who doesn't run boots). But I've been able to solo Baron quite a few number of times with this build (and even Elder Dragon). It mainly relies on ability timing and having Heal at the ready for when you start taking too much damage from Baron attacks (which you might want to try and avoid as best you can).

Roughly when your E is half off Baron, use your Q to restart it. Pop your minions when you can in between E and Q usage.