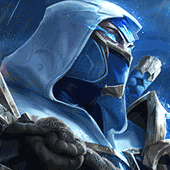 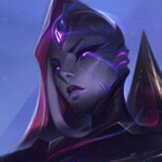 I find it hard to play against her. Even if you have ur W it won't be enough since we aren't building Thornmail. Get a lead early on and focus on the objectives instead of pointless fights.

Shutdowns your R. Hard to fight against and has faster clear.

Goes great with Shen since he can go invisible and deliver Shen.

Goes great with Shen since he can go invisible and deliver Shen.

By Dinox1976
Intro
Greetings, my dear Shen mains. In this guide you will find an unusual build that makes Shen a speedy demon. I've experimented with it and it works very well in the Jungle. Why? When you play top, your teammates with rely on you being full tank. In the jungle you have the freedom of experimenting.
Why movement speed?
When playing Shen, your main source of damage is your Q. We all know that when we pull our Q through the enemy, we slow them and deal more damage. Having lots of ms comes in handy to get behind the enemy and combined with ability haste you can do it more often.
Why this build?
This build makes you a tank that is very fast and deals a lot of damage. You go frozen gauntlet first to slow the enemies and get some tank stats and a faster jg clear. For the boots, you can go either boots of swiftness or boots of lucidity. If you want to compensate the AH that you would get from the Ultimate Hunter in the standard Shen rune page, you build boots of lucidity. If you are crazy and want even more MS, you go boots of swiftness. Your next items for the core build are Cosmic Drive and Blade Of The Ruined King. Cosmic Drive is a great item for Shen since you get AP(bigger shields and Q dmg), health, ability haste and a great passive which get you lots of MS and AP. Blade Of The Ruined King is a very good item because you get a good passive which gives you more magic damage and movement speed. You also get attack speed from it which is great for dealing damage faster with your Q. In the late game, if you need more armor first, you go Dead Man's Plate. You get even more damage with first AA proc and more Movement Speed with it's passive. Because you have a lot of MS by now you recharge the item's passive faster. If you need magic ressist first, go Wit's End. It gives you Attack Speed, Magic ressist and a great passive that makes you deal more magic damage and get more movement speed.


I encourage everybody to experiment with this build and even make some changes to it, for example if you want to deal more magic damage, get more magic ressist and be overall tankier, Abyssal Mask is a great choice.

Why these runes?
Phase Rush goes hand in hand with the Cosmic Drive. Hit enemy 3 times and they've got nowhere to run. You become unstoppable. Nimbus Cloak is a great choice since you have smite and ghost. You can proc it with smite more often have lots of movement speed. When you pop ghost with the nimbus proc, we all know how it goes. Now you can choose between transcendence and celerity. If you want to compensate for the lost ability haste that you would get from the Ultimate Hunter, you go Transcendence. It is a great choice since you will get Ability Haste on all abilites, not just the ult. If you want more movement speed you can go celerity... Of course, the last choice is waterwalking, we want to be fast in the river because we are all RIVER SHEN in the end of the day. On the other side, you go Shield bash and Revitalize since you get bigger shields and it helps you survive in the jungle.
IMPORTANT
The most important thing is to have fun. Experiment guys! I've discovered this build accidentally because I got autofilled jungle, and ofc I picked Shen. I also want to thank xPetu, who encouraged me to pick up Shen and experiment with him. I recommeend him to all Shen players. He's our Shensei. It would be great if Petu find this guide and maybe give some suggestions on it. Maybe he even makes a video about this, who knows. I've enjoyed making this guide and I hope you will enjoy implementing it in your games! Until the next crazy build!
Notices
I will upload threats and synergies when I learn more about them. Thanks for the patience.