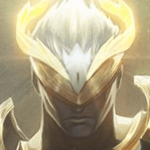 By cirque_du_loleil
Picking Suicide Karthus
Generally you want balanced damage in an All Random All Middle game to boost the efficiency of your own damage. By having mixed damage you will be able to avoid the enemy stacking ONE type of resist, and outscaling you late game.

Additionally suicide Karthus works best with people that can follow up. The best champions are high mobility champions, players who can take snowball, and champions with good Crowd Control.

Playing Suicide Karthus
The main thrust of Suicide Karthus, and why he works so well, is his passive and obnoxious AoE damage (even if they are spread out later, you will have your ultimate, Requiem, for maximum cheesing).

YOU want to initiate the fights, slow them, chunk them, and if you have your ultimate, cast it WHILE YOU CAN (and it will have maximum effect). There is one section just for using the ultimate wisely below. Additionally remember to TOGGLE YOUR E! You're maxing it first, and it will be your primary source of damage and crowd control. Your W has a huge range and width and will allow you to get on top of them, and prevent them from fleeing, but your E will allow you to consistently stay on top of them, while killing them and dealing constant damage through Cheap Shot.

ALWAYS tell your team you are maxing E and rushing Rylais, and especially at a higher Match Making Rating (MMR) they will be understanding. MMR is the hidden rating used to match players. The more you win, the higher it gets and vice versa to put it simply. Players who are not experienced may find it distasteful until they learn how to play with it, if anyone bothers you and keeps you from focusing you can mute them by pressing tab and individually selecting the bubbles, or you can type a quick "/mute all" in chat.

It is ESSENTIAL your team doesn't get too chunked before a big fight, and it is also essential you check their own ultimate cooldowns and summoner cooldowns pressing tab before initiating fights with snowball or flash. Simply flashing onto an enemy can make them burn their flash where you can follow up with snowball, or vice versa. Any tanks or fighters you have on your own team should be following up on you, not initiating. A smart enemy team will try to crowd control you away from the backline or move around you. Your job is to provide as much damage and CC as possible and force a team fight where the enemy is grouped up. They want to split up as much as possible to get away from you.

Using the Ultimate Effectively
Remember it is BETTER to cast your ultimate sooner than later if you are new to Karthus. You WILL NOT BE ABLE TO CAST IT AT ALL, in your passive, if you wait too long. NEVER CAST IT ALIVE IF ANYONE IS NEAR YOU. If you die while casting the ultimate, it will fizzle out and do nothing. By contrast it can NEVER be interrupted when using your passive death defied.

If there are too few enemies left, and you'd rather save it for when it will have more impact, feel free to save it. It is also powerful to finish enemies, but IDEALLY, you want it to hit all 5 of them, before a fight, so they cannot use relics or abilities to heal. Staggering an enemy team's respawn is very useful in close games and when pushing objectives.

Remember Banshee's Veil will block your ultimate, and Zhonya's Hourglass can block it as well. Luden's is hyper effective at popping Banshee's Veils and drawing summoner spells and item actives like the Hourglass will empower your team. Ideally you are not the only heavy damage dealer, but with this play style you typically will lead far in damage due to being the initiator! If you do your job correctly your team won't have much left to clean-up.
What Else Karthus Brings to the Team
Many people like Karthus for his damage, crowd control, and his passive, but there is more than meets the eye to him and that is why he is good. His W is GREAT at slowing waves from a safe distance, stalling an enemy push, and it lasts a long time. He provides substantial zone control the same way if they try to initiate before you have a chance to yourself. If your team mate gets picked and you find yourself in a 3v5 or 4v5, it is better to stall and wait for the 5v5, and this is true for many champions.

Using the wall also helps secure the health relics, which can make a large difference over time. Let your team take the creep score (CS /minions and gold) that they may want when you can, do not starve your team mates, they will be cleaning up after you die. You can however CS aggressively under turret when the enemy is pushing to keep your turrets as healthy as possible. A perfect ARAM game is NOT one with no deaths. It is a game where your first turret has never even been hit a single time.
Why Karthus is a New Player's Dream!
Suicide Karthus may be difficult to play around for other new players, but he is VERY easy to play! The Rylai's slowing effect and the low cooldown on the snowball summoner spell provide very easy ways to land your abilities and to practice. Remember, if your team is not "receptive" towards suicide Karthus, give them a quick mute so you can focus. ALWAYS explain you will be playing: "suicide karthus, E max, rushing rylais" and then rush that Rylai's and max that E! He is the easiest Karthus to play and among the easiest and strongest of all ARAM champions.

DO remember though, that the strength of an ARAM team is not about the individual champions, but about how the teams interact with one another, how they build, and how they play (experienced vs. new). Make sure to have fun winning or losing and you can't go wrong! You will win more games over time with smart play, and most people enjoy winning. Always compliment your team mates on nice plays if possible to further boost your odds, and give your enemies a "ggwp" in all chat at the end of the game. Sportsmanship is the most important thing you can take from this mess of a guide and extends to all aspects of life!
Using Snowball and Flash Effectively
Snowball is a summoner spell which will shoot a small sized projectile towards where your mouse is. If you hit a target, you can press the key associated with it a second time to dash towards it! It is core on many champions which need a way to get inside in ARAM and it provides a balance towards poke teams that want to shoot spit balls at the back of your head but never throw down.

It can be used on minions or champions alike, and does a small amount of true damage. Many players use it to harass, but it is best saved for tactical engages. It is however worth casting, if the enemy has 5-10% hp and especially if you feel confident escaping or trading your life. Trades are particularly efficient when your team has more numbers than the enemy team in the trade. Going into the enemy team 1v5 allows them to share gold and experience (if nothing else happens). As suicide Karthus you want to make sure your team is close enough to follow up, and your Rylai's with E and your W will allow them too (and ideally they have snowball and some mobility and CC too).

Casting snowball on a minion can also help you find an engage the enemy will not expect whereas snowballing onto a champion will usually have them a bit worried. Snowball can ALSO be used to dodge abilities if you time your Snowball's dash animation with the ability, and this even include your own ultimate! Snowball allows for outplaying and repositioning, and the low cool down generally makes it superior on all but perhaps champions who are going full damage WITHOUT a great death defying passive.

Flash, though it has a much longer cool down, is generally straight forward. You don't want to sit on either summoner spell, or your ultimate as Karthus, but neither do you want to go in when your team can't follow up.

Try to look for opportunities to flash onto the enemy when the fight seems favorable, through either a mismatch or bad positioning, and try to save it if you are down a man or missing cooldowns. Ping your flash and snowball EVEN IF your team doesn't understand the Suicide Karthus pick, so they can know to let you go in and may be able to ping their own abilities as way. Press tab often to see what the enemy is building, and to see cooldowns a bit easier.