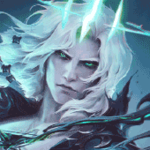 Generally even fight until 6, then becomes a problem unless you're somehow ahead.

His mobility, stun, dodge, and damage reduction in ultimate make him a hard foe to deal with from start to finish.

Don't let him bully you early, instead, bully him. You do this and you'll get ahead.

Stay near walls after level 6 so that you can juke using E and W. If you get caught in his ultimate you're probably dead more than half of the time.

You always have the mobility and ranged advantage, but he's still Tryndamere and will kill you in seconds if you don't space well.

Use your Q more often in lane against him compared to other champions, and let the wave push to you so that he doesn't get much of a chance to use his barrel combos.

Honestly you'll shit on Urgot unless you dive him or something.

Ideally, you want more Akshans on your team because his best teammate is himself.

Ideally, you want more Akshans on your team because his best teammate is himself.

By SulkingKING
Why Sunfire?
So, to the real reason you clicked this guide and actually got to the guide part:

Why Sunfire? On Akshan? What?

Sunfire Aegis has an on-hit effect that most people seem to ignore these days. After it fully stacks up from being close to enemy champions, baron, or dragon, every auto attack will cause an explosion centered around you that deals damage to all enemies around you based on the item's damage as well as apply a damage over time effect that deals the same damage. This on-hit effect has no cooldown, and can be applied as fast as you can apply on-hits. This means that because Akshan attacks twice every auto attack, he naturally gets a higher benefit than most champions.

Now for the item synergies: Guinsoo's Rageblade allows you to not only attack faster, but also double up the amount of hits you do every other attack.
Hurricane is a very special and required item for this build, and the reason is simple; if you are auto-attacking at least three units of any type while you have Sunfire fully stacked, you'll activate sunfire three times, six times if you do the full Akshan auto-attack, TEN TIMES IF GUINSOO'S RAGEBLADE IS ALSO STACKED.

Now you get it.