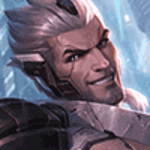 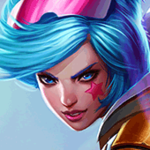 GinlessGinTonic (5) | December 19, 2019 12:14pm
i realy like approaches like this. with the new rune system u can turn every champ into supp, keep up the good work
2

Tauricus2017 (91) | December 20, 2019 12:32am
Exactly. And the new support item changes also made it much much easier then before. Now you get real stats and not just useless AP. Also the support item system before was made to give most of the money to champions that had easiest way of procing the spellthief. For example

Lux could with ease got a huge bunch of money just from playing aggresive with her big poke. While other supports like

Akali had hard time hitting the opponent constantly and got overall a lot less gold. Now however the gold limit caps at 1000 gold so everyone is equal and no one has such a big gold adventage over his enemy as before. Also runes

Revitalize can really turn everyone into support (just like you said). Anyway, thank you for your nice comment and even though I probably won't change this guide in any big way, I will still continue making #waitsupport? guides!
1 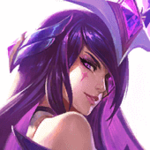 1. Is it meant for in the ability order to it be "Standart"?
2. I think you should put Yasuo in for synergies.

This guide is cool though!

ThePandaEvan (17) | December 17, 2019 2:52pm
Wait never mind, I pretty sure it's intentional for Standart as I checked the Akali guide you made and I see Standart a lot.

Tauricus2017 (91) | December 18, 2019 4:02am
1) Yeah I like the word Standard (wait did I write it wrong before?!?) and so I use it a lot - it basicaly means 'good in every situation' in my guides.
2) Synergies are though for me to make because I can never really tell If my ADC just pairs with me very well or If he/she is just very skilled/lucky. The same goes for matchups of course but matchups are a bit more meaningful in my opinion. For that reason I add synergies ONLY when I am confident about them. For Yasuo I am not sure How good he is with Lee because I have never gotten him as my lane buddy yet :/
Anyway thanks your comment :)
1 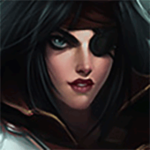 Tauricus2017 (91) | December 18, 2019 4:12am
Hmmm... That's really hard question. The main reason my recent guides do not have those deep expanations of things is that it takes so much time. It made me quit mabafire before for almost a year... I probably won't make them unless I get extremely inspired. Also those #waitsupport? guides don't usually get enough attention since there is almost nonexistent % of players that like to play those champions on support role and with low-damage non-troll build. But I am doing my best to be as specific in the main panel of the guide as possible - you can just pass around the build with mouse cursor and it will show some text about it. So the main answer on your question is:

GinlessGinTonic (5) | December 19, 2019 1:42pm
well it sure is fun playing em but i would never stand my supp playing smthing like this
Load more comments (2 more replies) →
2

Lee Sin but seriously, If I will see

Redemption on my dear bot lane for just a single time, I swear I will jump of the Summoner's rift...
2

GinlessGinTonic (5) | December 20, 2019 8:57am
i once had a zed "supporting" me. when i went 0/3 the enemy adc started flaming him for ruining my game. i loved that guy
Loading Comments...
Load More Comments