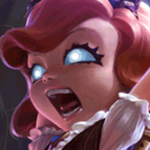 Very helpful especially in early stages of laning phase where most of normal adcs outrange vladimir.

Really comfortable laning phase with how good Zyra is in poking. Also synergises well with slow from hextech GLP.

Grab on adc = kill in most situations.

So let's start off by answering question Who am I?

Vladimir in mid season 9 and made my way from low platinum to mid diamond in a span of around 1 year.
I've picked up

Vladimir just for his high potential on basically any lane (other than jungle :> )[

Also special thanks to MesterBiver with help on Mid and Top

Glacial Augment is a great compensation between damage, movement speed and teamfight importance. It's also one of the cheapest 40-45% cdr builds for

Vladimir builds require him to either flash into oponents or for oponents to make a mistake and run into him.

Approach Velocity change that quite a lot. Not only that slow can hit the entire team, you also get 15% movement speed boost for that.


Quoted:
Glacial is a versatile rune, and fits many different scenarios and gameplay patterns. Whatever your playstyle might be,

Phase Rush is for kiting/repositioning/escaping? Well,

Glacial Augment can do that too. While it may not grant you the movespeed and slow resistance, it still does allow for kiting, by slowing all nearby enemies for a ridiculous amount. It allows for repositioning in the same manner, the enemies can't easily stop you from repositioning if they can't actually reach you themselves. Escaping too

Electrocute, but it can still provide you with tools to play more aggro during the lane. The slowing auto attack is great combined with cheap shot, for some easy AA + Q harass, and it allows you to hit empowered Q's even easier than any other rune. Into certain matchups, the slowing AA is of course not very useful, but most of the time, you don't wish to have lane presence in those matchups either way, here you'd rather just sit back and scale.

Predatoris the best at chasing people down and flanking,

Glacial Augment is right on its tail in second place. The slowing from Twin Shadows is possibly one of the best chasing tools in the game, and it allows for easy picks around the map, even through scarce vision. Even if one skips out on Twin Shadows, GLP allows for flanks of the same caliber. Slowing an entire enemy team down in a "no movespeed allowed" zone, is detrimental both to the enemies teamfighting capabilities, as well as their mental state.

Glacial Augment is not the best rune at anything, it is great at a lot of different things, allowing you to adapt to the current game you're playing.

I've tried quite a few combinations of rune pages but I found this one to work very well together.

Magical Footwear is the best option out of those 3 since

Vladimir really loves as much extra movement speed as possible.

Biscuit Delivery really depend on the match-up you play against, I recommend going

Future's Market is also a good option but I feel like the two other options are worth much more.

Cosmic Insight is a great rune I really like picking

Approach Velocity that really synergises with the rest of the build.