I have a question regarding the secondary runes: why is Ultimate Hunter not an interesting pick? At 5 stacks (fairly easy to reach with Ori), that is a 25% reduction to ultimate, from 80 to 60 seconds (not counting any other CDR). Is the sustain really that much more important?
Same question for Eyeball collection, which at full stack is 30AP (a value of almost 850 gold).
1
[-]

Yeager (12) | November 26, 2019 7:46am
It's a decent rune, BUT.. Orianna's ultimate isn't something you use on cooldown. You always wait for the right moment before you pop the ult, so even if you get a % reduction, it's never a guarantee that you can make fully use of it. If you don't need the mid-lategame sustain at all, then ultimate hunter is good yeah.

Let's say you get poked down to 20% hp before baron spawns. With ravenous hunter you can go to a jungle camp or minion wave and heal up, so you're not forced to recall and potentially give away objectives
2
[-] 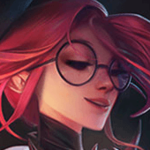 Hunipop (2) | October 10, 2019 11:15am
each guide i read just advances in aesthetics and composition ;o;
sooo much information! im trying my best to learn every little detail about ori until i take her into ranked. her buff this patch especially really takes her to a whole new level.
1
[-] 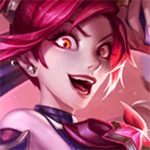 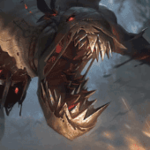 Yeager (12) | September 6, 2019 9:21am
Stay behind the minion wave when trading so you don't take damage from her normal or empowered Q. It's AOE so make sure there is some space between you and your minions.

Take cleanse if the enemy jungler has hard CC as well.

She has a similar role to Orianna (utility + damage) but she falls off compared to Ori damage-wise.

Her waveclear isn't as good as yours when you get items. (She needs her empowered Q to clear effectively and it has a much higher cooldown than your basic abilities). It means you can roam faster

Karma is also very safe in lane so you usually don't kill each other unless other champions are involved, so just farm and scale.
1
[-] 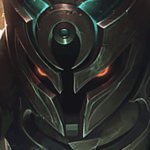 I'm a new Orianna player and I'm having some trouble with Fizz and Azir. Especially Fizz, since he can burst me down in the blink of an eye. Any tips on how to not get your *** handed to you in lane?
1
[-]

Fizz you should have full control over the lane until level 6. You can easily zone him from cs'ing with the ball and autos, just make sure that you don't tank too much damage from the minions.

Scorch is good for early game dominance, especially vs melee champions. Post level 6 he's pretty strong with his ultimate, but remember that it's a skillshot. If you rush tier 2 boots right after

Lost Chapter, you can sidestep it with no problems. The good

Fizz players will animation cancel the ult by Q'ing onto a minion first, so keep an eye out for that as well. If you struggle in this matchup, just pull the wave, and have it outside your turret range. You can just play passive and farm since you outscale in teamfights.

Orianna is a farm lane but he outscales DPS-wise. You can still do good in teamfights but it all depends on the teamcomps. It's really rare that a solo kill happens in this lane if both players are skilled, but you want to go for short trades, and then back off before he gets too much value out of

Lethal Tempo. Bait out his Q, and then go in for trades. If he plays aggressive, he will run out of mana pretty fast because of his high mana costs. In this matchup, early tier 2 is pretty good so you can dodge his Q, and move around his soldiers. Second summoner spell can be

Teleport so you can recall and teleport back if you're getting poked out.
2
[-]