PsiGuard (1495) | September 27, 2017 3:32pm
Before this patch, it gave attack speed and on-hit life drain. Basically the support would finish the item and then suddenly their ADC had a massive sustain advantage and DPS advantage. Also some champions can proc it on the whole team, so their whole team was getting attack speed, on-hit damage, and healing. For a cheap item with great stats (CDR, good AP, healing power), that's a lot for just 2300g.

A lot of the currently popular ADCs are people like

Kalista. These are all pretty strong scaling autoattackers, so giving them an ardent in the early-mid game just makes them that much scarier. Ardent isn't as good on champions like

Miss Fortune, for example, because they don't autoattack as often.

Basically it's just overtuned. It just got another change this patch that removed the healing, but they also buffed the attack speed and made it apply to the caster as well, so I don't know if that's going to push it out of meta.
0 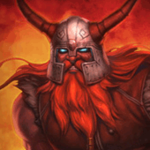 Ardent Censer is strong item that not only can provide targeted buffs to, say, an ADC, but it also provides strong utility for you as well, since you receive mainly AP, and more healing power. It really took off with

Janna, since her shield becomes extremely powerful after

So mainly, it's for increased heals/shields/extra magic damage for your team.
0