League of Legends (LoL) Question: How to play against Swain? 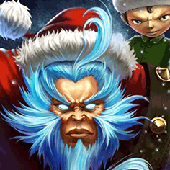 LordBlazer (2) | March 28, 2018 8:16pm
Swain's kit basically revolves around nevermore. He is a combo mage who is reliant on his spells. Once you dodge nevermore you can really just all in him.

A tip for dodging/avoiding nevermore is you place yourself such that you are standing in between your minions, with some in front of you and some behind you. This makes it hard for Swain to catch you as nevermore will root the minions behind you. But, if you get caught, Swain will pull you to use his combo of

Vision of Empire. But with the minions in front of you

Death's Hand will not hit you.
Try to build items which inflict grievous wounds like

Executioner's Calling to reduce his healing.
1

Ezreal, etc is going to fear quite a bit better, and that mobility will let you disengage when he ults. So, if you can't dodge it easily, play someone mobile.

Now, if you don't want to run away from

Swain when he ults, you get a couple options:

Just don't fight him in a teamfight. Take a split pushing champion like leblanc, and mercilessly shove lanes so that he never gets a chance to teamfight.

Camp the other lanes. Take someone with a lot of map pressure like

Taliyah, and just roam constantly. While Swain will get strong, you won't be dying to him since you'll be in other lanes, and if your adc/toplane gets fed enough they'll murder swain for you.

Ryze who can dish out enough damage to shut him down through his ult after you scale up. Now, your early game won't be very good, but if you're used to dodging Nevermove, you should be able to keep up okay. Lategame, when he ults you just ignore it and murder him.

Nevermove which is on an incredibly long cooldown.

Vision of Empire has a long detonation time and

Death's Hand is too low-damage early game to be used reliably to trade. If Swain misses his

Nevermove he could easily be dueled even in

Demonic Ascension with grevious wounds and high damage. If you're lacking damage or can't reliably shut-down his healing then pinging for a gank will work just as well.
2

Hamstertamer (74) | March 27, 2018 10:52am
BIG DADDY WILL wrote:
Swain is forced to play around nevermore which is on an incredibly long cooldown.

The cooldown early game is the same as similar abilities like

Light Binding. The cooldown late game is 2 seconds shorter than Lux Q and with CDR it goes down to 5 seconds. Also his pull works on any CC from his allies.

Swain can CC you behind your creeps, and can pull you to him. His CC in lane is far more oppressive than any other similar pick.

BIG DADDY WILL wrote:
If Swain misses his nevermore he could easily be dueled even in

Demonic Ascension with grevious wounds and high damage. If you're lacking damage or can't reliably shut-down his healing then pinging for a gank will work just as well.

Swain is not Mundo. Grievous wounds is only a very partial counter since it only deals with one small part of his overloaded kit. Great I just reduced his healing by 40%, but he still has his insane damage, CC and tankyness from ulti, so you still lose teamfights.

Mortal Reminder isn't even worth buying frankly since you don't need armor shred against Swain and on a carry another DPS item like BOTRK is just better to blow him up faster.

Sure you can right click him down late game, but he'll just zhonyas like any other mage.
1

Nevermove which is on an incredibly long cooldown.
Sorry I failed to specify in the early game.

Nevermove is more predictable than most crowd control. You've mentioned positioning in front of minions can block the return root. It's important to keep distance from the wave as the root is area of effect. I'd argue that once he's used

Nevermove in your minion wave that's the best time to step up and trade (in lane).

The reduced healing impacts his damage. Swain must restore health through his ultimate to reactive

Nevermove means his reliable damage is

Death's Hand and his ultimate damage over-time. If he's properly focused he'll do very little damage. If he uses

Zhonya's Hourglass then your options are either to focus another champion and/or step out of his ultimate area of effect (which is admittedly very difficult to work around).

I would probably not recommend

Mortal Reminder as well. It's better to build

Executioner's Calling and sell the item later on and hopefully your ADC built it by then but can be useful during lane. Other resistances would also be good such as

Maw of Malmortius or

Nevermove is more predictable than most crowd control. You've mentioned positioning in front of minions can block the return root. It's important to keep distance from the wave as the root is area of effect.

Thanks for the answer. That's an idea I had but the problem with it is that even if you have perfect positioning (a bit more than 100 range in front of your ranged creeps), he can still root you. Because is he hits you with

Nevermove at the max range of the skill, his E will never reach the ranged creeps and will hit you directly instead. It's literally just as reliable as a

Dark Binding that goes through creeps.

You also have very little time to react if he hits you at max range since the wave doesn't even return, it just roots you when it hits you.

BIG DADDY WILL wrote:
I'd argue that once he's used

Nevermove in your minion wave that's the best time to step up and trade (in lane).

He can out-push you by spamming Q. You can't trade if he has a minion advantage. Depends on who you're playing of course but that's always a problem. Plus his Q at melee range deals huge damage and has no cooldown. He'll still win the trade.

BIG DADDY WILL wrote:
The reduced healing impacts his damage. Swain must restore health through his ultimate to reactive

In theory, yes. But let's look at the practice.

Ignite his ult but you just wasted ignite becaue his ulti gives him 150 bonus health plus the heal (only reduced by 40%) so there's no way you can burst him down during his ult. This only does anything when ganking him so long story short it's not worth it going ignite.

See the problem? His ult lasts 12 seconds. In the very best case you just delayed his

Demonflare by 2.5 seconds, and that's assuming he only drains one person, if he drains more than one it basically does nothing. So there's no way you can prevent him from using it. And Swain always uses

Demonflare as a finishing move in the first place since it ends his ult.

BIG DADDY WILL wrote:
It's better to build

Executioner's Calling and sell the item later on and hopefully your ADC built it by then but can be useful during lane.

Good point. It's only 800 gold and gives a lot of value for the price.


BIG DADDY WILL wrote:
Other resistances would also be good such as

Maw of Malmortius or

Adaptive Helm is good, yes, but at the core he's still a battlemage so even if you survive him he'll kill your team. That's why I hate Swain so much. The weakness of battlemages is supposed to be their short range, except for Swain who just pulls people to him.
1

Nevermove then you're screwed then. It's just a matter of getting used to the range, moving up if in range of the first initial damage {to an angle if you're without ally minions) and moving back if in range of the root area of effect.

I think during the second you've delayed with two people being drained there's lots of potential for more damage. If two off-tanks are facing Swain, or during the delay you're wet noodle auto-attacking, the delay means nothing but any other situation a second can mean a lot more damage or potentially hard crowd control to delay

You'll probably never get a perfect answer to a counter. He's definitely a top-pick this meta.
1

So this leaves us with sitting
- at 300-700 range from him
- just behind your melee minions
- in front of your ranged minions, leaving a >100 space between you and them
- and trade with him from there when he tries to last hit

Of course not every pick can do that. But I guess that's as far as you can go for just surviving this lane. You can kind of zone him like this. At least on paper.
1

AbaddonSoulchain (16) | March 27, 2018 7:08am
Swain isn't as strong as you may think. He's a combo mage so the typical approach is recommended. Try to dodge his E and/or Q and then you can all in him, he has no escape so he's easy to kill pre 6 as long as you have an aggressive champion. Something with a gap closer, along the lines of Riven should destroy him, jungler ganks are also helpful since like I sad, he has no escape tool. Other than that, a good poke champion with range like Ziggs should also work well.
1

Hamstertamer (74) | March 27, 2018 11:08am
Pre 6 you can't all in him even if he misses E because he always has a minion advantage since he can spam Q on minions all day and regen mana from it. Also Swain destroys bruisers because they take full damage from his Q when they jump him (348 base damage at max rank).

Riven can dodge his E by dashing but that's about it, no way she can outtrade him.

Post 6 his ulti gives him 150 bonus HP plus the life drain which prevents you from bursting him down completely. And if you gank him he can 1v2.

Gank him pre 6, sure, that's one kill and that's if my jungler is responsive. Then he gets 6 and gg.
1

naarcx | March 28, 2018 12:44am
Riven's like one of the only champions I feel good playing into Swaim with... I was trying to make Ekko work against him for a while, but like you said, you just can't keep up with that mana regen. You just, yeah, obviously can't go in and face tank his Q, but not many Swain's are going to sit on their Q all day, especially if they're trying to poke you with nevermore--they need that mana/farm.

Although, be prepared to instantly tilt your teammates when you pick Riven mid. :(
Load more comments (1 more replies) →
1

Hamstertamer (74) | March 28, 2018 2:23am
I looked up Riven vs Swain on Youtube, it's a skill matchup and with the latest cooldown buffs honestly it advantages Swain. With immaculate play Riven can solo kill Swain pre 6 but post 6 she just has no way to deal with his ult and can only sit back.
Loading Comments...
Load More Comments