League of Legends (LoL) Question: Is anyone running Sejuani up top? 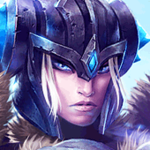 Lighttower | June 5, 2013 5:43am
I play sejuani top. You cannot push the tower but you can easily defend it and escape all gangs. You also have great synergy with your jungler while gangking top. If played against two or ranged you underfarm but you can still keep the tower unharmed while your jungler harashes the other lanes. Start with philosophers. 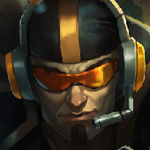 NeaBliss | November 26, 2016 7:04am
To overcome the issue of underfarm, take coin of ancients with refillable health potion as startup items....that allows you to hang back behind minions, get gold & xp until you reach lvl 5-6. Build ancient coin into nomad's medallion, and eventually into eye of oasis. This gives you constant gold income, health gain and an added bonus of rechargeble stealh wards.
0

PrawdziwySmok (2) | March 20, 2013 2:01am
well Kaemdar, with her skills and scaleings but pretty much weak early game she is way better as a top lane champ or aura support... even Mid lane... than jungle. Decent nearly unkillable late game champ if u know what and when to build on her with massive over time dmg (up to 1.8k/6s with just her W)
0

Parkynsohn | February 13, 2013 5:39pm
With the new itens she is very interesting top, if your jungle helps you enough, or at least if you farm a bit without feeding much, you will get a bit more gold than if you was jungling, and you'll get sunfire + Lyandri's faster, and for sure you will see what a Huge AoE Over time damage means
0

PrawdziwySmok (2) | March 20, 2013 2:10am
Sunfire and Liandrys r very popular but if u'll do maths u'll understand that there r better items for her, like Randuins and RoA.
0

SavvyCynz | January 21, 2013 9:30pm
I honestly play her as top or jungle. She does not do too well solo, however, so i usually need someone to carry till i get ult, then I go full throttle. But, I've played her since she came out soley top, so it really depends on the player imo.
0

PrawdziwySmok (2) | March 20, 2013 2:08am
i do play her top lane and i win many mathups, the only problem r overaggressive champs or those with dmg based on enemies max HPs like Jarvan, Vi or Amumu.
0

PrawdziwySmok (2) | March 20, 2013 2:06am
this just means u have no idea at all bout how to play her. She gets massive damage on her W just with boostin' her max HPS and she pushes the lane only if her enemy is not there as she can't zone them, and usin' skills all the time means u have problems with mana as u just did. Her ult is very esy to use as it has high range and is AoE.
0

Pantheon because I had too much armor to be bursted and out DPS'd him afterward.
0

Perhaps with the new items, such as starting with a flask, and playing her like some kind of... makeshift-

Rumble obviously does this better, but hey, if you like

Another funny notion could be to play her mid and go AP. You'd get blown up insanely fast, but hey, YOLO right?

Northern Winds actually has a pretty insane ratio of .9 AP (If it hits for the entire duration, and the enemy is permafrosted.) and also scales off health, so items like

Rod of Ages or

Liandry's Anguish would compliment you.


I personally have had a

Sejuani support as well, and while it's absolutely not going to outclass

Leona, it's odd enough to work in a "I've never seen

Sejuani wat do" kind of way.
0

Jayce FB, so I lost the lane hard, but I got to roam and gank to great effect, so not all was lost.

Burnboy37 (1) | December 30, 2012 11:41pm
I solo top quite frequently and I have only ever seen one Sejuani in top lane, and that was part of a duo-top with a Trndamere. Top probably isn't the best lane for Sejuani since she doesn't really have enough damage to consistently trade 1v1.

I have seen a few Sejuani players go bot lane as a support and it seems to work out alright, so perhaps that's worth looking into.
Loading Comments...
Load More Comments