League of Legends (LoL) Question: Looking to fill out my champion pool

Malphite mid. He's easy to pick up and counters both of the champions you mentioned. He's also bursty like your other picks.

There isn't really a situation where you'll need to have a late game scaling champion in your pool. Solo queue isn't coordinated enough to reliably reach late game. If you play your champion well, you should be able to build a lead in the early and mid game.
1 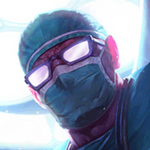 rynardhell | November 23, 2019 11:52am
Orianna, Ahri and Qiyana are in my opinion midlane dominators no matter your enemy. All 3 of them take a good amount of practice to get decent with though.
1

CrazyKnightBob (6) | November 12, 2019 9:26pm
In general, when people ask what new champions they should pick up, I have two suggestions. Either pick a champion that's similar to what you already play (such as picking up Lux when you already play Morgana) or, as you mentioned, find someone who can shore up your weaknesses (such as Soraka to be able to provide healing, which I can't do as Morgana.)

In your case specifically, I would either suggest Veigar, whose Event Horizon keeps those pesky Assassins off your case and scales into late game at a ridiculous rate. He's also decently easy to learn, and a lot like Neeko and Zoe (though less mobile)

For covering up your weaknesses, I would actually suggest Mordekasier. Though he's not picked in mid lane often, he's sucessful there, and is both ridiculously tanky and an AP carry. His Death's Grasp and Realm of Death makes him hard to escape from, and Indestructible makes it so a percentage of the damage you deal (and take) can be healed while still in combat, making you outsustain most assassins.

Lastly, I find ARAM a great place to try out new champions. To be fair, it's not always indicative of how good a champion is, but it's good at helping you find champions whose playstyle you enjoy. 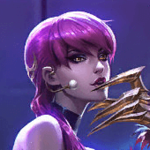 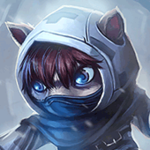 Big Shawn (4) | October 30, 2019 10:35am
It isn't a common pick. But I play against, especially Yasuo and Zed, that champion section Kennen. The fact that both champs are meelee and you can fight meelee too makes Kennen such a good pick. You've got insane damage early/mid and late game. You bully them when you play correctly. Not to forget, he is an insane team fighter. As soon as you get ulted by Zed, activate your E, then use your W and try to stun your target as often as possible. Same thing when you face Yasuo. PM me if you want to know more. Hope I could help.
1

Ahri. She's strong, easy to play, and safe to pick up. During the late game (if you don't mess up early), she has really great mobility & can pretty much 1shot most champions anyways, would suggest it.
1 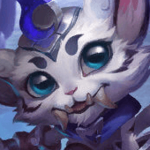 LordShadow36 | October 29, 2019 8:18am
Veigar might be a good choice for u. He scales well into the late game, and his E is a good zoning tool and nightmare for mobile assassins with dashes like Akali, Yasuo etc... Also, in a really tough lane, u can use u r Q and W to farm from a safe distance.
Loading Comments...
Load More Comments