League of Legends (LoL) Question: Should I buy Kindred or not? (maybe Kha 'Zix)

Kha'Zix is stronger than people think and he's really fun to play. I'd recommend the latter if you're not sure, but if you prefer an ADC style of gameplay, Kindred is a very solid jungler.
0

Iced IMP (1) | June 15, 2016 4:12pm
Both champions are really good choices for the jungle at the moment but it all comes down to your play style. If you like more ranged champs id recommend Kindred, if you prefer melee range/divers I'd recommend Kha'Zix. If you get a chance you should try out both champs before you buy them and see which one you click with better and which is more fun since you will always do better when you enjoy the champ.
0 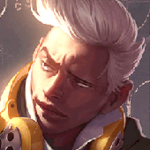 njb1212 (6) | June 12, 2016 3:26pm
While right now Kha has been decently buffed and kindred has received some nerfs, I wouldn't let that be the deciding factor. If you're looking for a champ to play long term you gotta realize that for the most part every champ has it's ups and downs.
Anyways, Kha Zix is a pretty fun assassin. It's great to stealth and just dive in on an isolated enemy, and the evolution from the ult makes him fairly versatile.Plus, the Kha'zix Rengar interaction is very fun in game.
I also find Kindred very fun due to their unqiue passive. However, kindred is a short range marksman, so you have to be very careful about positioning and spacing. Knowing when to use your ult is also a bit tricky.
I guess in the end would you prefer a diving assassin or a marksman? That would be an easy way to figure it out
0

mithusingh32 | June 11, 2016 7:03pm
Depends on your play style.
Buying a champ just because they are strong doesnt mean they will always be strong.
I personally hated playing new chanps because everyone does, but i recently started playing kindred and jhin, and love both of their. Their play styles are so different compared to so many other champs.