League of Legends (LoL) Question: Who's easier and stronger 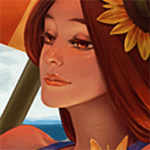 Mantar0ff (2) | April 30, 2017 12:11pm
Syndra just Syndra this is the champion who can snowball most likely every other mage in the mid lane game. It's harder than Lux but it's defenently better
0

Lux if you prefer to farm out the early game and be reliable in team fights. Pick

Syndra if you want to play more aggressively and get solo-kills. Both are good but I think they're suited to different playstyles.
0

Lux tends to be stable as an useful mid laner, but she almost never becomes extremely strong because her kit is really stable.

On the other hand,

Now, if you're going for a good/easy champion that scales well into higher elos,

Lux is one of the best mid laners at that.
Loading Comments...
Load More Comments