Ban or pick these guys to make life easy. They are very hard to deal with.

These guys are strong and reliable. Powerfule early game to assist in snowballing your team or snowballing yourself. Their best counters tend to be others in this tier or those in the God tier.

These are decent picks. They have a fair amount of counter picks and aren't huge threats without a lot of experience or practice. They work but there are stronger choices.

These are picks ou never really want to make. They either don't have reliable engages, lack hard CC, have weak early clears, or a combination of those. That isn't to say they don't or can't work, but they're not solid choices in most cases. 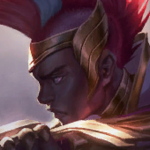 Rakan is effective as a support-style jungler, so i guess in a way yes. His role as a jungler is more akin to how

Ivern jungles. You're not a killing jungler.

Rakan's jub as a jungler is to build tanky and clear camps, and his ganks are centered around keeping the laner alive whilst providing disruption to take away the enemy laner's effectiveness.

Rakan is a VERY solid support jungler. Rakan also has one of the highest base attack stats in the game, so I'm not sure where you get the idea that he "have no damage". Tanky on-hit builds work extremely well on

Nunu & Willump is actually getting better and rising, but the main reason he's sitting in the average picks area is that he's susceptible to invasion. He invades really well, but he's not great if he gets caught between sides of the jungle, or if he's invaded while there's not a camp around. The easiest way to counter a

Nunu & Willump's early invades, is just to return invade and/or

Smite the camp before he can eat it for health and then you can typically kill him quite easily. He's great to pick if he's not expected, but anyone who knows how

Nunu & Willump works can tend to punish his general play style. Overall, Nunu could potentially be higher on the list, but it comes down to player skill on the champion. At face value, he's pretty average.
3 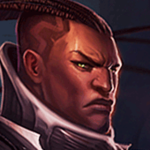 Pure Panphobia (33) | June 12, 2017 12:44am
That's a great question. 1) He has a very weak early game and his first clear will usually leave him at half health or less, making him susceptible to invades. 2) He is heavily dependent on items, meaning he has to get gold early if he wants to be effective in the early game, but he doesn't have the right tools to do that from the jungle. 3) He has no reliable escape and, other than his ult, has no reliable engage.
That said, the "no-no" picks aren't picks that are useless, they're niche picks. If you are skilled at a champion then you can make it work, but for the general player base who isn't the best at those picks, they're not recommended. I hope that helps to clear things up.
Loading Comments...
Load More Comments