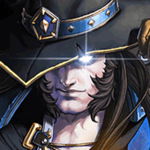 BAN THIS BLOODY FISH EVERY TIME

By ozzykent
WHO AM I ?
Hi My names OzzyKent.. I'm Aussie and I play on the OCE server. I'm a Twisted Fate One Trick I have over 3 Million Mastery Points on Twisted Fate so I think im authorised to make a guide on this champion.. I Have thousands of games on TF and I just love the champion in general.. I've experimented with so many types of different builds over the years but finally starting to play the way that feels the most right for me and for TF..
Currently on a 57% wr on TF for the season and feel like this gonna be the best season yet. i encourage to try this build and let me know what you think i also stream on twitch quiete regularly so if you wanna catch some Live Twisted Fate action come chuck us a follow at https://www.twitch.tv/ozzykent would mean alot! Anyways enjoy the guide
WHY TWISTED FATE IN SEASON 12
CHANGES TO TELEPORT
With the recent Hard Nerfs to Summoners Spell "Teleport", Every single champion with a global ult got a Hard Buff.. With TF being the most buffed with his R can legit point and click Teleport anywhere aroud the map withing range, whether to make picks or apply pressure around the Map

12.2 Lich Bane Buffs
Patch 12.2 brings us changes to the item of Lich Bane and for Twisted Fate this is a Big Buff.. FIrst of all the AP ratio spellblade proc is being increased from 40% to 50% and the cool down on spellblade being lowered from 2.5 to 1.5 seconds.This making TF do more Damage on champions and turrets

Also on 12.2 Lich Bane will now also receive 15 Ability Haste.. Ability Haste is VItal on TF for perma gold cards and faster uptime on ultimate
For Twisted Fate these changes to Lich Bane are a HARD BUFF


Why Is Sorcery Arcane Comet Better??
Nah Nah Nah.. i know at first you think this is troll but stfu and listen ..If you look at most of the other TF guides out there most of them will be saying Electrocute is the go to Rune atm (predator being popular too in preseason) But the Sorcery Arcane COmet Tree give TF much needed stats which going the domination tree just doesnt give you.. its true electrocute does more damge in a single use then hitting a single comet... but what ive learnt playin TF over 1000's of games is that overall youll do more damage with arcane comet overall.. great thing about Comet is that it will proc on every single GOldcard and 100% will hit.. through the late stages of the game not always ur gonna be able to get ur electrocute off.. but a single GOld card with RFC will be able to snipe down for days..

SCOUTING?? With COMET... MOST UNDERATED
Holy **** People Really DO underestimate Comet on TF.. People seem to forget that arcane Comet on TF is also so useful for scouting.. chuck a Q in a unwarded bush.. watch the comet fly out.. Boom.. Free information.. CAnt tell you how many times this has saved me and my team from being cheesed from an unwarded brush.. Your Q being Low mana and on a short cooldown makes this extremely Uesful.

Other actual main benefit is not arcane comet itself the other RUnes in the sorcery tree...THis Being Manaflow Band and Transcendence.. WHen u take domination tree ur mana and Cooldown will be be lacking on TF especially early through the midgame.. one of the most important stats on TF in my opinion is CD.. basically the more CD you have, the More Gold CArds you'll be able to get off in a game which is TF's bread and butter,, and ManaFlow Band will give us more mana sustain is will to keep throwing out more GOld cards and Q's

Other Benefit is also you can Proc Arcane comet from a longer distance this also being safer as.. to proc electrocute early you gotta get really close to some of ur opponents and this can be tricky into champs like yasuo, talon, yone, zed as they jsut combo you and u barely have any HP left..
How to Play Early Game?
Twisted Fates main weakness in his early game.. very rarely you'll end up ahead in the laning phase.. through ganks yuou mgiht be able to pick up a kill or two.

But ur main objective through the laning phase is to get to level 6 and then start making plays with R .. farm up as much as you can.. poke safely with Q and cs and survive lane phase

MINION DEMATERIALIZER -Use Minion Demat on the Caster minions (the Small Backline Minions) What this will let you do is at level 9 if you have Your mythic Item Complete and Aether WIsp.. You'll be able to completely be able to clear that Backline of the Minion Wave With a Single Q.. Making it so much more efficient for wave clear and CS
INGENIOUS HUNTER?? WTF
WHY INGENOUS HUNTER?
Your cooldown on Everfrost is 30 seconds which is a long time however when we max out our stacks on Ingenious Hunter that comes down to 20 Seconds.. I cant tell you how many times when my Gold Card would be on Cool down, im getting Run down by enemy team and Everfrost has saved me... Lower CD on Everfrost = More peel More survivablity.. JUST TRY IT

Also Ingenous Hunter Also Works well with Zhonyas Hourglass At Full stacks the CD on Hourglas is 60 seconds opposed to the 80 Second standard CoolDown
After Level 6
as soon as you hit 6 you wanna be looking for Roams with your ultimate.. PUSH YOUR WAVE.. look at your other lanes and go gank..Remember you can cycle ur gold card while u are ulting so dont have to insta lock ur gold card before hand
Everfrost is Daddy AF
FIRST off Everfrost is the quintessential Mythic on Twisted Fate.. it Give you HP,Ability Haste, Mana and an Active root.. It essentially gives you another follow up stun well root..its also great as a backup as sometimes you will have Ur Gold CArd on Cd and your getting run down or ganked by an enemy.. To make things easy with ur combos i havent seen anyone else do this.. but i actually Change my EVerfrost TO the keybinding of "E" on my keyboard.. just feels so much nicer.. so many times i was accidentally pressing zhonyas instead of everfrost cause im a bit autist or some ****... but basically in keybindings change item 6 quickcast to "E' and make sure when ur everfrost is complete drag it to the last item slot..
Basic Combo would be Gold CArd > Q > AA > then EverFrost... rince and repeat.. legit this combo will hard lockdown someone for around 2 seconds.. Also When You have RFC built you can snipe with GOld CArd from a massive distnace making awesome picks for ur team..
Positioning Is Everything
The Number one Most people do wrong on TF is Positioning.. Their either to far close or too far back.. most people when they Try TF for the first time they run it down and dont have a good time and say " **** this weeb champ, neverr again" but it really does take quiete a few games to figure out how to play him optimally.. focus on positioning .. this is number one Priority on Twisted Fate which only comes through practice..
WHich Card Do i use?
Which Card Do i Select??

Early Game - YOur priority is to just farm and get to level 6.. you will be using blue card alot for mana and CS as it gives you more DMG making it easier for last hits, you can also use Red CArd to CS too,, For example maybe your not in AA range for the minion you need to last hit but you can Red Card another close minion or champion instead and get the last hit on that low HP minion with the AOE of the Red Card produces..
Using Gold Card in the laning phase should mainly be used if your Jungler is ganking you and hopefully get a kill.. Land Gold Card, Q, ignite and hopefully Jg can wrap it up for a kill or at least get Enemy Flash

Mid to Late Game - Roams and Team Fighting
At this stage of the Game 80% of the time you'll be Using Gold CArds and throwing out Q's and everfrosting enemey team.. by the time you get RFC you have insane range on your stun.. make Sure you prioritise the carrys or if you need to peel if your team getting jumped on
Thanks for Reading
Well Theres my Guide.. hope you learnt something , go give it a crack in some norms first before going into SoloQ..Give the guide a thumbs up if you elarnt something or this has helped you anyway and if you really wanna be a legend , chuck us a follow if you have a big ******* on my twitch https://www.twitch.tv/ozzykent

Twitch
Vote Vote
12.14 THE MACK DADDY TWISTED FATE BUILD NOONE IS USING
WHO AM I ?
WHY TWISTED FATE IN SEASON 12
Why Is Sorcery Arcane Comet Better??
How to Play Early Game?
INGENIOUS HUNTER?? WTF
After Level 6
Everfrost is Daddy AF
Positioning Is Everything
WHich Card Do i use?
Thanks for Reading