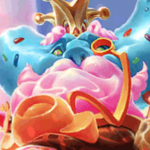 
[*] Hey everyone, it's your boy The Ivern God! I am an Ivern One Trick POny on EUW and NA peak Masters 150+LP in Season 7. My ign is Mattheos (EUW), The Ivern God (EUW) and 1nsanemofo (NA). Hope you find this quick guide helpful, I will try to keep it as fresh as possible and improve it at every opportunity.

If you have any questions please feel free to ask or add me in game. I also have a YT Channel: www.youtube.com/mattheostv and Twitch Stream: www.twitch.tv/mattheostv. Here, I possibly have content uploaded already which you may find helpful. ALternatively, you can also reach out to me on Twitter @MattheosTV or on my Discord

For more guides and videos check out my YT Channel

As far as the best runes and keystones for Ivern in Season 9, this is something I am continually testing but I have made a number of pages so far which are viable, relatively strong and super fun to play. Right now I am using the Summon Aery Keystone under the Sorcery Tree but I have also played many games using Predator (Domination, Glacial Augment and Unsealed Spellbook (Inspiration) as my keystone. For secondary tree with Sorcery Domination, Guardian and Inspiration are all viable.

Note - Guardian into Domination secondary is most optimal if your team is able to stall the game and go to late for the massive reduction in item actives. Inspiration secondary is most useful if you are forced to win the game early and snowball lanes. Sorcery secondary is good too for applying huge amounts of pressure to lanes in the early game and securing first turret blood, drake and rift herald with Daisy.

These videos quickly discuss and explain all the keystone pages for Ivern:

Mobility Boots or Swifities and a Dark Seal (situational), these two items should be the priority of your purchases upon first recall and are at the core of Ivern's build in Season 8.

Personal preference whether you choose to build into Athene's Unholy Grail or Redemption, these are your 2 core items are after boots but the order in which you buy these items should be considered situational based on the enemy team composition, your style of gameplay and macro strategy.

Typically, I find that I buy Redemption in most games when I need a global presence with the heal/true damage, additional health to survive 1v1, 2v2 and 3v3 skirmishes in the early game and is particularly effective against enemy AD Junglers e.g. Kha'Zix, Rengar, Lee Sin or Graves. However, right now you should prioritise rushing Athene's Unholy Grail for the early CDR cap, especially versus heavy AP enemy teams 3+ or perhaps 2 if they have a fed mid laner or AP assassin jungler e.g. Elise or Evelyn. Finally, you want to build other support items such as Knight's Vow, Locket of the Iron Solari and Ardent Censer after these core items when you want to build to play around your team's hyper-carry ADC or fed Top laner.

After you have completed the core build you will also find that you are over the CDR cap with Ionian Boots of Lucidity or that the effectiveness of Boots of Mobility / Swifties has decreased. When you have enough gold you should be looking to swap these out in the mid-late game for either Ninja Tabis or Mercuary Treads.

The reason behind not upgrading but selling your starting jungle item as Ivern is so that you rush your core build as soon as possible which gives him a massive power spike over enemy players and allows him to hard carry early-mid game team fights and win the game as fast as possible. The reason you see pro-players take Trackers Knife in the LCS is because this provides fantastic ward vision to help counter original jungle pathing in their games. The item build guide I have presented you I used in every one of my games and in my opinion is 100% the best for solo q ranked, the only time I may upgrade jungle item is if you want to play Ivern support or as jungler in Challenger elo. This guide is targeted for Master or lower ranked players :)
Skill Sequence

Max Triggerseed at every opportunity to increase the power of your shields, damage and slows.

You may wish to put a second point in Brushmaker earlier than level 14 if you find that you are using your AA's to help push objectives and provide damage to ganks.

Skill Daisy! up as soon as you can, she is not only bae but also your freelo booster :)
Spells Explained

Passive: Friend of the Forest

Ivern loves jungle monsters and would never harm them. Instead, he sets them free! Clicking on any jungle camp creates a grove using some of Ivern's health and mana. The grove matures over time; when fully grown it can be clicked on again to free the camp's denizens, granting Ivern gold and XP. Smiting a camp with a grove on it instantly sends the monsters to safety.

After level five, the Green Father creates copies of the red and blue buff whenever he frees the Red Brambleback or Blue Sentinel—they'll leave behind a sapling which can be picked up by allies.

Ivern casts a root ability in a long straight line that deals magic damage and roots the first monster, minion or champion it hits. Allies who right click on the rooted target will automatically dash to get within attack range. Ivern can use this ability for flying over walls in his jungle which is perfect for counter-invading paths. Note that Ivern ought to right-click not double tap Q to guarantee that you arrive at your target's destination.

Passive: When hiding in a brush, Ivern's basic attacks have increased magic damage and range. This effect is constantly reset whilst Ivern is in brush and lasts for a couple seconds after Ivern leaves the brush. (This makes attack on hit Ivern a thing)

Active: Ivern creates a patch of brush, temporarily revealing the area around it. The amount of brush created is slightly greater if it's placed near a wall or any other brush. These brush dissappear after ~30s but they are really effective for scouting (not face-checking brushes and objectives). Check the Tips and Tricks section of this guide :)

Ivern places a protective seed onto his ally, granting them a shield. After a short delay the seed explodes, damaging and slowing all nearby enemies.

Ivern summons Daisy to carry him. You can control Daisy using either R or Alt + Right Click to move and attack nearby targets including minions, champions, and enemy objectives. After hitting an enemy champion 3 times she will cast a knock-up in a straight line that travels a short distance. Daisy will hang around for a while unless she is killed and will then disappear. Her cooldown is very short so you should not be afraid to use her proactively or defensively to block enemy skillshots. You can cast triggerseed on Daisy to increase her damage output and also slow the enemy team allowing your team to chase them down or for Daisy to secure a knock up. You can also cancel Daisy's Attacks by moving her until you get that perfect 5 man enemy team knock up. Daisy also flies to the target that you hit with your Q Rootcaller Ability.
Ranked Play Strategy

The key to playing Ivern is to abuse his early game passive ability and Smite to counter jungle invade and steal enemy camps, and set up ganks using all of the CC in his kit.

Around, the 8 minute mark you want to dive using Daisy typically in the most winning lane on your team to secure first turret blood and then rotate to first drake if you haven't already taken it.

At 12-15 minutes into the game you want to encourage your team to pick 2v2, 3v3 and 4v4 skirmishes in the mid-lane when Ivern is close to completing 2 of his core items after boots. At this stage Ivern has a huge power spike on many enemy junglers and can solo carry team fights even with losing laners through his busted OP shields and CC. After winning a teamfight and killing 2 or more of the enemy team you want to secure Rift Herlad if you haven't done so already.

From 20 minutes onwards if you are even or ahead you want to focus around rushing or baiting team fights at Baron by removing the enemy vision and using your Brushmaker to create a line and find picks with Rootcaller Daisy! and Triggerseed for your front line to follow up on. After securing Baron look to recall, group as a team and close out the game by running it down mid Tyler 2.0 style.

Note: If your team or yourself are significantly behind look to turtle using all of Ivern's kit and activitables to peel your team and defend turrets whilst they wave clear. Again, you can create brush lines under turrets to provide your teammates safe places to hide where enemy champions have to throw blind skillshot abilities.
Farming - Early Clear Routes

I hope you found this quick guide helpful, thanks for reading and best of luck in your games! I will make sure to keep this guide fresh and as up-to-date as possible :)