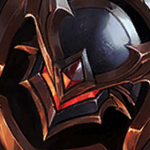 Fury of the Sands (R)

Olaf can utilize his ultimate to counterplay your mighty W.

Yi can utilize his ultimate to counterplay your mighty W.

By SingedKeagen
How to play "Ankle-breaker Nasus"
You will try to annoy your enemies as much as possible. THIS is your only goal. In addition to that, you will be able to hurt your enemies' feelings by dropping some large nuclear e-bombs onto their virgin faces. Their innocence will be the death of them when they see a big, fat and mighty dog running towards their slowed down vessel with up to 300 km/h. After you pillage their unmanly and estrogen infested bodies God will free them from their misery in bringing them closer to him, the divine creator.
Laning will consist of you slowing your enemy with W or in cases of an engage,kill opportunity or disengage with your exhaust. An all in is always possible if your ghost and exhaust is up. In the rare scenario you find yourself outmatched with this build, you do not take **** from your opponents. Show them you value your dignity and selfrespect over some stupid statistics in some from ******s ridden game such as league. By that I mean you are not going to tolerate bullying on YOUR lane. Just engage mandem and show him/her who's boss.
Lastly expect your team to not comprehend this highly intellectual build. Be prepared to enagage in social discourse with the average League of Legends player (clinically insane people, infants and women who will ask for your hand in marriage after seeing you play this manly build). By my calculations you will have an increase of your sexual encouters with (obviously) females of at least 200%.

Special thanks to Glaubenskrieger69 for testing this build and playing a pivotal part in the build's development.