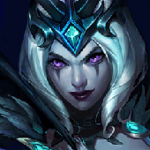 Titanic Hydra
Against AD (Only 1)

Thornmail
Against AP (Only 1)

Maw of Malmortius
Finishing the Build

With good timing, you can knock up vi from her Q before it lands, which will make an easy trade in getting 4 hits and an E.

Zac's E (primary engage) is able to be disrupted prior to impact.

Rammus's Q can be disrupted prior to impact, being taunted by Rammus is fairly beneficial for Rek'Sai because it allows Rek'Sai to build rage to leaving the fight with an bite.

My user is Saxicol and I main Rek'sai and Jungle, but I have often taken Rek'Sai top and sometimes mid. I hope this guide helps new and experienced players master Rek'Sai. I am always open to suggestions, as I always have room for improvement, and am always willing to help others, so feel free to leave a comment with any questions or suggestions.
Pros & Cons

For starting the game, I always start with bot lane to get the strongest leash, which will enable you to finish 3 camps early with enough health to do a early gank at level 3 while other champions are only level 2.
I've numbered out various starting paths that give Rek'sai a lot of control over the map and the first few minutes of the game.

I plan to add a lot more to this Guide as I familiarize myself with Mobafire. If you like what I've done so far feel free to give feedback/suggestions. If you wanna see more of anything leave a comment. I plan to be looking back on the suggestions often.

Good luck on the Rift,