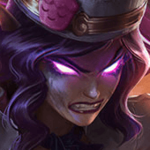 Call of the Freljord (PASSIVE)

he can q to dodge ur 1 shot

makes it so you can't 1 shot, but also dies to ludens proc anyway so whatever

if you aren't in an iron game, most likely she will spell shield your w and literally obliterate you in a 1v1.

As we know, every adventure is better with a friend (Yeti Noises) You won't need synergies because you'll be carrying too hard.

As we know, every adventure is better with a friend (Yeti Noises) You won't need synergies because you'll be carrying too hard.

Passive: Blood Boil
Basically only useful for taking towers or giving you an omega speed boost when hitting enemies. This passive makes the entire build work with your new hit-and-run strategy.

Start Q: Consume (not Tahm Kench)
Not only does this ability work on champions, you will be able to basically 1v1 dragon at level 4 because of this ability. Don't be scared to use it, basically have an autoclicker pressing your q button and all times to clear effectively. The healing doesn't matter because you'll be Qing again in the next half a second. This ability gives you the chance to heal from 0.01 hp to 100 in a single Q, even on champions. Qing people to not die, or even minions for extra healing, is the only way you will live through ganking people.
IMPORTANT: If you gank top or mid, you need to eat a caster for good luck. If you gank bot lane, you NEED, and I mean NEED, to eat a cannon. The AP Nunu spirits will not be on your side and you will be cursed by Madame Zeroni for all eternity if you do not consume a cannon minion.

W: 1 shot ball
This ability, combined with predator, is basically the life blood of the build. Its AP scaling lets you 1 shot any squishy champs and tilt the enemy team off the face of the earth. Get some early ganks with this so you don't do poo poo damage.

E: press e to slow
This whole ability's damage basically means nothing due to its scaling of .0000001% of your AP. It's only useful for a slow after you gank with a w, and the root afterwards. Also if you **** up with hitting your W you can emergency do this and then die. You gotta also have an autoclicker on this one for ganking because you have to click it 3 times for some reason.

R: anivia ult
There is two ways to use this ability: the chad way or the virgin way. The virgin way basically consists of you hiding in a push for someone to walk up and ulting, and since Riot decided to make your ult completely invisible from bushes, unlike Aurelion Sol's W, you have the ability to basically 1 shot anyone who decides to walk towards the bush.
Now, the real chad alpha way to do this is exactly this: W -> Hit someone with the W because you're smurfing -> Spam E on them as much as possible -> Press Q as much as possible -> Ult right before the E root locks them in and charge it as much as possible, sacrificing your own life is necessary. You're not playing to win, you're playing to tilt the enemy team.

This is probably the best back case scenario early on, but whatever you do, DO NOT TELL YOUR TEAMMATES WHAT YOU ARE BUILDING. They'll start inting the moment they see this.

This part of the build is the real turning point, the real coup de grâce, the real showstopper. This is the point in the game where you have the ability to basically melt someone with your W, followed by a variety of "wtf's" from both yours and the enemy team, or even some "LOL's" if your teammates are in a good mood. This is also the point in the game where your teammates are most likely to do "/all AP NUNU FF 15". Don't let them get to you. You're the carry, the star of the show, show them how its done by ganking their lanes and stealing as many kills as possible. Take this build to victory and finish the game and don't forget to tell your teammates that they're trash afterwards.
Runes
With dark harvest, relentless hunter, celerity, and waterwalking, you have single-handedly turned the entire river into a 6 lane highway for your giant death ball to roll down. Occassionally, the scuttle speed police will try to stop you. Murder it and turn it into a mario kart booster.

One important thing: THE WIND UP.
If you do not W down river, you will not be moving at high speeds, you will be doing nothing and might as well be playing regular Nunu, and if you're playing regular Nunu, you should just quit the game. If you are getting chased and want to turn, run down the river, turn, and start your W towards the enemy to maximize snowball size and maximize damage.
Preview of the Gameplay