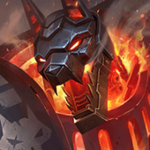 Although camille isn't a jungler she'll smack you in the booty

Before the Amumu 2 Q's rework, really easy matchup. Still easy now though, go swiftness boots to dodge or Mercs if you don't have any hope of dodging, and PTA. Easy counter.

Credits: Mobalytics for picture
This clear is called the Lee Sin Clear, more well known as the 3 Camp Clear. It consists of starting at Red Brambleback, and going straight to the Blue Buff to Gromp. Note in mind that if you are doing this type of clear, the ability order should be E>Q>W, not the standard E>Q>E.

Start by stealthing or waiting a few seconds until your screen becomes sort of gray, and attack the camp and kite it towards the raptor camp, however try not to let the Red Buff camp's patience turn red. Keep kiting it back and forth from Raptor Camp to Krug Camp to make it deal the least amount of damage possible, and when done, proceed to the allied Blue side Camp, repeat, but now, level up your Q, stealth in the brush of the Blue Buff, attack it as you have your added attack speed, and AS SOON as your attack speed is gone, Q to blind the buff, and keep on attacking it.

To me, there is no need to stealth for the Gromp camp, but some people like to do it. Just blind the Gromp camp and attack it, and when it's at low health (450 Health), smite it. Proceed to gank either mid or top, or wait for scuttle crab to spawn and take it.

This is known as the full clear, where you clear all the camps and go to scuttle crab.
I will not be covering how to clear Red Buff, Blue Buff, and Gromp as it was mentioned in the Type #1 Clear.

After done clearing Red Buff, proceed to the Krugs with your Q ready, and stealth for the added attack speed. Press Q on the BIG krug, and attack the big krug, rotating damage in between Big Krug and Small Krug. Keep on clearing without stopping, and remember that your Q is an auto attack cancel, meaning that when you Auto Attack > Q, you will be able to auto attack immediately.

Proceed to the raptor camp, and stealth in the bush of the raptor camp (where the ward is in the picture below)
Click here for image!
Credits to Earlygame.com for picture

This clear is used when you know you can't gank any lanes because of OP champs that can easily escape, or when you want to avoid junglers you probably will be countered by.

BUY CONTROL WARDS AND ORACLE LENSES ON THE FIRST BACK!
These are used to set up for ganks, dragons, or Heralds! Objective control is key. Always try to use these wards to spot vision in the enemy jungle or before you take dragon.
Always remember, you are able to switch back and forth with Oracle Lenses and Yellow Trinket. Control Wards are if Oracle Lens and Yellow Trinket decided to have a baby. Kind of.
So.. why pick AD Taimo?
Well, AD Taimo is picked by many people, notably iPav999 because of Teemo's ability to be a tanky yet a good damaging champion. AD Taimo is a bait, but I'll get to that later.

AD Taimo with Shieldbow has the ability to FRONTLINE (Which AP Teemo cannot) and input damage. As mentioned from iPav in this video: https://youtu.be/lDmCQD_FMxM?t=660, AD Teemo's con is that his wave clear is slow. This is why I feel like AD Taimo JUNGLE is way better, because you don't have to wave clear anything, but instead, jungle camps. You lack AOE damage, however, the shrooms are used to slow & catch out people as AD Taimo, not to execute.

So, why is AD Teemo a bait? This is because AD Teemo still does A TON of magic damage! His Passive, Toxic Shot, applies 14 / 25 / 36 / 47 / 58 magic damage. So even when the enemies go Armor to counter your unorthodox playstyle, you will still have magic damage to back your lost damage up.

Emberknife upgrade is secretly OP when 1v1'ing enemy champions. The passive of

Challenging Smite is "When cast on enemy champions, mark them for 4 seconds, reduce their damage against you by 20%, and empower your basic attacks and abilities to deal 48-125 TRUE DAMAGE to them over 2.5 seconds. Nothing else to say.

Ignite for me is always used because most junglers take

Exhaust, Ignite, because it's considered wrong as

Flash can act as an escape mechanism. Thankfully, we have our [Move Quick], which makes it so we have bonus speed to escape from enemies. Not a perfect escape tool, but it works. So, we can use our flash slot and exchange it for a way better spell: Ignite, so we can reduce whatever healing is put on a person and deal true damage to them.

Moving on, we have the Teemo Jungle Rune Page against Squishies.
Squishies are champions who can be one shot easily. An example would be:

This rune page is good especially for the early game because in my opinion, it does the needed amount of burst to 1v1 a champion early on- an example would be at 3:10 when the Scuttle Crab is about to spawn.

Cheap Shot does true damage, meaning that it deals health, and not magic / physical damage meaning you cannot block true damage with Armor or Magic Resist.
Eyeball Collection gives you free AD/AP when you kill or assist. And Relentless Hunter gives you Movement Speed, letting you be able to catch up to people. The debate about the last rune choice has been up since the multiple nerfs of Ravenous Hunter, a rune that gives you Omnivamp, healing off of abilties. As AD Teemo, you can get 10% Omnivamp from a situational item called

Ravenous Hunter, or healing off of Immortal Shieldbow and Bloodthirster.

Relentless Hunter, it's all up to your play-style: if you want to sustain more or catch up to enemies.

The 2nd runepage is Sorcery, and I think it's a must-have secondary. Bring Nimbus Cloak to catch up even faster to opponents, Nimbus Cloak lets you use your abilities (Let's say you smite a minion), and it will grant you a burst of Move Speed and Ghosting. Very easy to catch up. And second, is a scaling rune called Gathering Storm, which grants you AD every 10 minutes.

Press the Attack is known to be a rune for tanky boys. Tanky champions such as

Jarvan IV. As shown in the screenshot, if you hit a champion 3 times with 3 auto attacks, you deal a burst of damage to them and they become marked. Every time you hit them when they have the mark, you deal increased damage. Very solid rune versus tanks.
Then we have

Triumph, when you get credit for a kill, you get bonus 20 gold + 12% of your missing health. This is used more for late game, where you can stay even longer in team-fights and get some moolah :D
Legend Alacrity gives you Attack Speed as you kill monsters or champions. You want this to get your life-steal fast and get some kills fast!
Finally,

Cut Down, a rune that shreds tanks and makes the Primary Runepage complete. As they will be tanky, they will probably have a lot more health than you because of the current build meta, so you will automatically deal more damage because they have more health than you! How cool is that! teemo pog

Future's Market because you will probably be behind because that's how playing against a tank goes :(
Then go

Cosmic Insight for the faster Smiting and Igniting (or flashing).