Ronyk (21) | January 25, 2018 10:25am
Jihn is an ADC who normally goes to the bottom lane with either a tanky support or one who can poke with him. Jihn's playstyle is based on timing and decision making, moreso than normal ADC techniques. He's a great pick for somebody who is used to playing a midlaner who wants to get into ADC. He can deal tons of damage, but has no escape mechanics, and has a long range.

Gnar is a popular top laner with two forms: As mini Gnar, he has a ranged attack and is pretty mobile. Many people like him in the current Meta because he does well against Gangplank, who is probably the most popular top lane champion at the moment (thanks to the Kleptomancy rune). Gnar will build up rage and become Mega-Gnar, who fights up front, disrupting enemy teams and dealing damage, though he will turn back into mini-gnar before too long.

Zoe is a mid land poke-style mage. Right now, Zoe is incredibly strong, and that will likely be dialed back in the near future. Zoe can use other people's summoner spells after they use them, and get extra ones from minions. Zoe's ultimate doesn't do much by itself, but it's used as a combo to increase the range of her main poking spell, allowing it to deal massive damage. If you don't take a little bit of time to practice the timing of her combo (Q backwards, Q forwards, R forwards), she'll feel really weak.

I personally like Jhin the most out of the three you're looking at. I hope my advice helps!
2

Jhin recommendation. One thing I'd clarify is that while Jhin doesn't have any dashes or blinks, he does have defensive tools (namely his

Captive Audience traps and movespeed from

Boots of Swiftness and

Rapid Firecannon, all of which adds up to a lot of mobility. He also has really long ranged spells, so I wouldn't consider him nearly as vulnerable as some other "no-escape" ADCs.
1 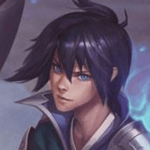 Mr. Nyahr (8) | March 2, 2018 9:35am
Gnar is a toplane tank with a massive engage that's somewhat difficult to manage and excellent kiting. Jhin is an adc with a unique reload mechanic that requires you to plan your autos well in advance and time them accurately. He's not doing too well as of 8.4. Zoe is (Was?) one of the best mages in the game. A massive CC spell, huge burst damage, low cooldowns, massive range. If you get good with her, she's terrifying.
Loading Comments...
Load More Comments