Fruxo (312) | May 4, 2020 6:43am
I'd recommend to play a champion that fits you. Top & Mid doesn't really have much synergies, and definitely not the same as for say a Mid & Jungle and vice versa. The champions that you might pick will depend on the game itself. If the enemy team has a lot of AD, then it wouldn't be wise for both of you to pick AD champions. If they are AP then it wouldn't be smart to pick AP champions etc.

It's also not a good idea to pick champions that you're not comfortable with playing, doesn't matter how good their synergies are with x and y champion. If you're not good with the champion or able to perform decently with said champion then it's a useless pick.

If you're good with

Fiora then keep on playing them and improve. If your duo likes mages, then they should continue playing those mages. Thankfully you're playing an AD champion and they are mostly playing an AP champion, according to your sentence so in reality your team will always have flexibility and it won't just be full AD or AP teams. Let them play AP mages and you can play AD mages, it's good enough.
1

kiranezio (10) | May 4, 2020 6:31am
Yeah, but it depends on the team you play with and against (depends on their jg). I could recommend few champs with synergy. If your duo plays mage I would suggest galii because of his ult, he could ult to you when you are in danger. They are champions like ryze, ziggs, taliyah, twisted fate, these could ult when you are in danger or when you needed a gank while jg is in bot. As you play top lane you could try play with Shen, as he could ult immediately when your duo is in low health. You said you will play champions like sett and fiora, sett and neeko sync are good as sett ult she can ult can both do serious damage. For fiora champions like lux, aurelion sol,anivia can stun, slow or root them which makes you easier to ult and take the kill. For both the champions you play there are few common champions who sync with both of them. Champions like ahri, Diana, fizz, ekko etc are always best for any champions you play with. I hope I covered what you asked and I only mentioned mage champions. If you need some other suggestions or doubts feel free to message in question and answer section. Many others like me helps you with more ideas and thoughts. I could recommend attack damage champions too. If you needed just let me know.
0 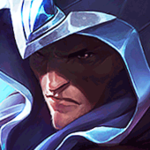