sashadidntwalk (7) | March 3, 2021 10:04pm
I've tried it and it didn't feel as good as for example Lucian.
However, if you play only ADC champs and want to try some in midlane I highly recommend Vayne.
I'll link a video that explains how it's played: https://www.youtube.com/watch?v=HFHOtcbh11Y
If you try it out let me know how it goes!
2 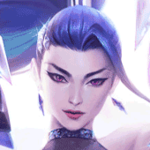 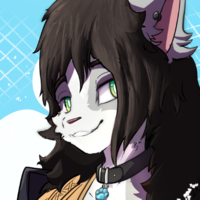 Sovereign Kitten (83) | March 1, 2021 5:52pm
She can be played MID, just like any other champion in the game. The difference is, she is no where near as capable of doing so, compared to someone like Lucian. Her WR isn't all that great right now either in most roles.

Not going to win many trades that burst early on, but Conq is generally the preferred choice.
1

For runes it depends on what you want to do in the game. If you want a stronger early and to do lots of damage quickly you could go Electrocute, Taste of Blood, Eyeball Collection, and Ravenous Hunter. However the normal runes for Samira are probably best.
1

KUniiverse | February 28, 2021 12:21pm
Thank you so much for replying and letting me know, and I'll try electrocute one time and see how it goes.
Loading Comments...
Load More Comments