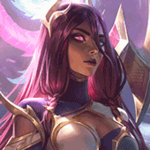 His snare also goes through minions and has similar range.

Can outpoke you due to longer range.

His passive can outheal your poke, and like any other immobile squishy, watch out for the hook and/or stun.

Plants make it easy to activate his root.

Plants make it easy to activate his root.

By Kakayama
Rundown
Hi! I'm Kakayama, and this is an AP mage Zyra support build that emphasizes ability haste and movement speed for effective poke and survivability.

Changes to Cosmic Drive for pre-season 12 has given her full combo a buff in terms of burst and survival.

Spells
Barrier and exhaust for when the enemy bot tries to engage on you. You want to play safe and poke from afar so I generally wouldn't be trying to walk up to them to get into ignite range.

Domination Tree:
- I prefer Dark Harvest over Electrocute because of better scaling damage, especially into squishy enemy comps, also because it's just satisfying to get stacks
- Taste of Blood is OP with the amount of poke you can do at long range. When I take this rune, health is almost never an issue in lane.
- For Ghost Poro, I just like the extra minute of vision it gives, and the enemy jungler will likely be eyeing you due to your squishiness and low mobility.
- Both Ingenious Hunter and Ultimate Hunter are good options for last rune here. Your ultimate is already on a short cooldown, but Ultimate Hunter will definitely make it spammable. I take Ingenious Hunter for extra MS out of base which helps for roaming or setting up vision before objectives.

For mini runes, I always take adaptive force, then defensive runes, depending on the lane matchup.

Playstyle: A Slow Burn
Zyra, being squishy and immobile, is the literal definition of the backline in a teamfight. She has high range damage from plants and high range CC from her E. Basically, always try to be at near max-range of your abilities from the action. You don't even necessarily need to hit your Q box on a champion because as long as your plant spawns are in the vicinity, they'll do the damage for you. The reason why movement speed works well on Zyra, is because she is able to quickly step in and out of her abilities' max range, spawn plants, and watch the enemies burn from afar. She can burst a squishy if she wants, but I believe her real value shows in extended team fights where she can spam CC multiple enemies and deal consistent damage with her plants and Liandry's over time.

The reason ability haste is good on Zyra is mainly becuase her W and E. E is a snare that goes through minions and can snares anything in its path. W allows her to voluntarily place plants, which makes her Q plant damage and E plant slows more consistent (not having to rely on passive spawns).

Standard Items
Liandry's:
- Can be proc'd continuously with her plant autos
- Plants do damage to whoever tries to kill them and zone enemies who are afraid of them
- Ability haste!

Rylai's:
- Slow is applied through plants and basically traps anyone who dares to step in your garden.
- No ability haste, but health is always welcomed.


Cosmic Drive:
- AP, ability haste, health AND movement speed!
- Plus, get a boost in AP and movement speed on no cooldown with an E, Q, plant auto combo.

Vigilant Wardstone:
- We don't miss out on opportunities to take map vision for objectives or the occasional full combo cheese from brush.
- 12% boost in AP, bonus health, and ability haste.

Situational Items
- Morellonomicon: cheap grievous wounds, highly recommend against heal/lifesteal comps; your plants can apply it easily.
- Demonic Embrace: if you're against super tanks.
- Void Staff: if they're building MR in fear of you.
- Banshee's Veil: spell shield and MR against AP-heavy burst comps.
- Deathcap: if you're just really ahead and need the damage based on your comp, but Zyra AP ratios are average.


Anyways, I'll try to update this guide some more as pre-season goes on, thanks!