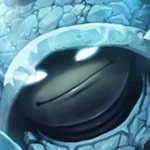 By JalmarArchangel
About Me
Hi there!

I'm Jalmar and welcome to the guide! Just a little info about me, I've been playing Tristana since season 1 and she's been my main most seasons. I'm at a win rate of 56% with Trist. Honestly, she's just one of the most fun ADCs imo. I hope you have as much fun with her as I do!

The abilities and what they do

This is important as leveling will help you outrange your opponents, Cait is one of the few who will match you end game. Stick in lane as long as possible to level as much as possible.

Tristana fires her weapon rapidly, increasing her Attack Speed for a short time.

first. It gives her massive attack speed boosts, which allows you to focus more on damage early game.

Tristana fires at the ground to propel her to a distant location, dealing damage and slowing surrounding units for a brief period where she lands.

Her second best ability, let's be real. It's an initiate, its an escape, it's lovely. More importantly it's how you get to the other ADC and blow them up. Always try to land ON your opponent while casting

for two reasons, one the slow, and two bonus damage!

Passive: Enemies explode when slain by Tristana's basic attacks, dealing {{ passivedamage }} Magic Damage to nearby enemies.
Active: Places a bomb on an enemy or turret that explodes after {{ activeduration }} seconds, dealing {{ activedamage }} Physical Damage. Each attack and ability charges the bomb's damage by +{{ activeperstackamp*100 }}%, up to a maximum of {{ activemaxdamage }}.At {{ activemaxstacks }} charges, the bomb explodes immediately. The detonation radius is twice as large if used on a turret.

The crowning jewel of her abilities, always place it first before autoattacking. Don't forget the secondary utility of this beauty, place it on a tower as a wave is just coming up to it, so you can deal extra damage to both the tower and the minion wave. Just be careful if champions are around, this will hit them and you either have to make sure they aren't close enough or be ready to W out of the towers range. I usually fire the last shot and W away immediately.

Tristana loads a massive cannonball into her weapon and fires it at an enemy unit. This deals Magic Damage and knocks the target back. If the target is carrying the Explosive Charge bomb, the bomb detonation radius is doubled.

Maybe not the top two abilities but it's darn useful. As noted, it doubles the explosion radius of

but more importantly, this is great to move enemy champs out of range of you, or if you have the bomb, let the last autoattack fire and then slam this. You get to watch them cry as they fly away and blow up. I primarily use this ability as a defensive CD, though, unless it's gonna make the difference between a kill or nothing.

General Info
Flash/Ignite are for the first blood and sometimes an initiation if W is down to get a kill. Ignite to prevent healing and also to secure a first kill.

I feel like most of the items are self explanatory and will help you if you need to use a lot of abilities to pressure, counter burst damage, cc, or magic damage.

As for runes, I explained the most important previously, hail of blades for first blood. Rest are pretty self explanatory except for relentless hunter, which just helps when having to get somewhere or to escape after the W. Alacrity over coup de grace because it's generally better, you could switch them if you want for more likely chance for first blood but alacrity seems to ramp up faster.
Synergies/Threats
Basically anyone who can escape your attacks for E is a pretty major threat. Additionally anyone who can hard cc you is tough.
Good examples would be

, etc.
Synergies that are good are anyone who can harass well, optimally someone with a hard cc for you to land and blow the other person up such as,

Great early game
Snowballs easily and can carry games quite quickly after that.
Isn't really hurt too badly by not snowballing or even behind due to her good farm.

REALLY mobile.
Her ult prevents people from chasing her down, or a little extra burst damage to grab a kill.

She tends to fall off a little bit late game, if the enemy team is way ahead or both teams are full builds.
She suffers a lot from hard cc.

Strats
I've touched on this before but generally early game you're gonna farm safe hitting as much as harass as you can (E passive works really well for this when you kill minions it does AOE damage, a small amount but every bit helps!). Then when the time is right, you strike, usually after support has used their main cc/damage or when your support lands some good damage/cc. If the latter is the case, make sure you play around the support, you can W in so you have a lot of range to work with.