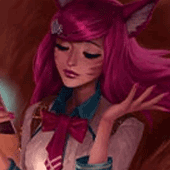 Boots of Swiftness
The Fun Starts

Center of the Universe (PASSIVE)

15.61 %
More Aurelion Sol Counters
The guide for the rest of us

The guide for the rest of us

Hi, I'm Quil Evrything. I'm not a 'leet player, but I'm writing this guide because I dont see any other guide out there that teaches average people how to play Aurelion Sol jungle.

I first started this guide when Aurelion came out (Season 6?)

You need some very specific knowlege and skills on how to play Sol in the jungle. Otherwise, it's about as fun as trying to do jungle Sona.

Aurelion jungle has some things in common with Nidalee, in a way. He has potentialy great over-the-wall ganks. Plus, he has the advantage of 2x CC, with Q and ult.

Unfortunately... He's as squishy as nidalee.. but without the heal. So, even tougher to survive early game, and requires even more map awareness to do well when ganking.
He may be THE most difficult yet still viable jungler currently.

I will try to give extreme detail on all the finer points needed to succeed as Sol of the Jungle.

Please pay attention to the mouse-over "Notes" by the runes, masteries, and item guide sections.

A lot of people think that Aurelion Sol is bad in the jungle. That's partially true. He is absolutely terrible, without a lot of practice and champ skill to run him jungle, otherwise you will take too much damage on early clears.

For ganking, 'Q' and 'E' are the most useful. His Comet lets you pull off some beautifully unexpected ganks, and a high level Q gives your laners enough CC duration to finish the enemy off easily.
Only trouble is, the cooldown on E now, is just insanely long. Perhaps Transcendence is required now.
Benefits of Dragon in the Jungle

Benefits of Dragon in the Jungle

The dragon's biggest jungle benefit, is his amazing ganks.
His 'E', Comet of Legend is weak at level 1, but it grows in Distance and Speed as you put more points into it.
At level 3, it gives you 5000 unit range, with a 35% movement speed bonus.
If you have tier 2 boots, that is some serious speed. Then at level 5, with 45% bonus you're practically a Jinx rocket!

On top of that, his Q, Starsurge, is an AoE stun, although it is now a lot smaller than it was at release time.

So, while early game is tough, his mid to late game is a gamechanger for your team, if you have the timing and positioning skills to fully make use of him.

In particular, a capped Comet of Legend with 20% cooldown lets you rush halfway across the map, every 30 seconds. It's like playing Quinn jungle, but without having to deal with thoser pesky walls!
Early jungle mob clears

With other junglers, there are typical strategies such as "always target the biggest mob, except for raptors. With the Dragon, you have to approach things differently.

First clear is special. Even though Sol is a mage, and mages traditionally start blue, I recommend starting red side.

Practicing in sandbox mode, starting Q, I can solo red buff, with careful kiting, then move onto raptors,and finish them around 2:40, with half health. Or when I do it REALLY well, around 2:30

Details for Red: (also see video section)
Find the sweet spot where you have pulled him out of his culdesac, and can circle clockwise around him for orb damage in a full circle.
You probably want to lead him directly "down" map a bit from his start, then do the circle dance around him.

Generally speaking, Sol's attack speed seems to give an optimum ration of 1 auto-attack for 2 orb hits. Remember to take a potion or two if you need it, and smite for health when he hits around 400hp.

Detailed strategy for raptors: (also see video section)
Here's where the tricky bit comes in. You need to start your career as dragon ball juggler now.


Position yourself to where your orbs would hit through the middle of the raptor camp, IF you had 'W' active. (Mousing over your W ability shows you the range)

Random tip:
For scuttler, remember that you MUST hit it with a Q-stun right away, to reduce its armor and MR.

* Redbuff is one of the mobs where you have enough space to use your movement to augment your orbs. Your orbs rotate counter-clockwise. This means that if you move around the mob clockwise, you cause them to hit the mob sooner than they would if you stood still. USE THIS!

* STAY AWAY FROM WOLVES!
Unless you have full health, and at least 2 levels in 'W', stay away from wolves' camp. You'll probably kill them okay; however, due to the cramped space, you wont be able to make use of your orbs well or kite, which means you'll pay a high cost in health.

This is tough stuff

Getting the best positioning and timing for Sol's first few jungle clears is tough. What makes it tough, is that you have to get the positioning and the timing right.
If you activate your 'W too early, you risk the mobs moving too close to you and avoiding the stun. If you activate it too late.. or you are out of position... then you risk missing out on 50-200 free damage to every mob. That translates to a lot of lost HP for yourself, or worst case, having to bail on the camp entirely.

You would do well to play a bunch of custom/sandbox games by yourself just to practice, before playing him jungle in a real game.
Problems with the Celestial Dragon

Problems with the Celestial Dragon

I've tried to highlight his benefits so far, but one must always keep his limitations in mind:

* Incredibly squishy, particularly pre-level-6. Yes he has a stun.. however, while at least riot has reverted it to be faster cast(S9.1)... they have shortened the stun time. So if a bruiser gets on top of you, you're in trouble!


Basically, akali, jax, or katarina will eat you for lunch. Or poppy.. or jarvan. etc.

* Incredibly mana hungry early game. When you finally build Rod of Ages, you'll probably be fine. Before then, however, you will need to very carefully manage your use of 'W', and other skill usage. You'll also never want to let blue go. My Precioussss
The mana problems are why I'm favouring RoA over sunfire cape. The cape could make a good 4th or 5th item though

* You have an awesome escape skill with Comet... unless you get hit in flight, which will instantly shoot you down. A downed dragon usually ends up a dead dragon. Beware of flying over dark jungle areas!

Which also leads to...

* Hidden passive: Global taunt. For some reason, EVERYONE wants to kill you. Even if you are on the same team as teemo, it's tough to say who gets hunted down more.
Farming Videos

Some folks have requested videos of the kite-to-farm technique. I managed to capture some.
Not all of them are exactly perfect.. but hopefuly this helps people out.
(note: that's AURELION SOL saying "boop" in the raptor vid above, not me! :D

I recently noticed in a video that Zhonyas still allows your orbs to spin and do damage.
So a tanky Aurelion, with Rylais + Zhonyas + Sunfire cape would be hilarious for trolls.

Step 1: Bait them to come onto you

Step 2: pop zhonyas. They will then either take sunfire cape damage, or orb damage + rylai slow

Step 3: use ult to knock them back

Step 4: use Q stun and run away at supersonic speed with E :D