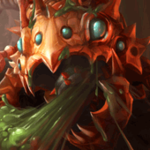 Runes: Run fast, nothing else

Actual aids, he matches your move speed and is too tanky for you to assassinate. Let the rest of the team deal with him and aim for their squishies instead.

All fun and games until the enemy is forced to sit there and take your whole combo, 3 second root gang gang.

All fun and games until the enemy is forced to sit there and take your whole combo, 3 second root gang gang.

By Pyro5544
Who am I?
My name is Pyro5544, I'm a bronze 2 Kayn OTP. In no way am I good at the game, I suck massively but I still want to share this incredible build with you.
Why build this?
This build works because Kayn's shadow assassin form is any squishies nightmare. Full build on normal Kayn can kill a standard squishy ADC in 0.33 seconds and has insane mobility. With this build you sacrifice very little damage, and the detrimental effects of less damage are made up for with the sheer speed you have with this build. No ADC expects a 1000 ms assassin to come out of a wall and delete them, so the Kayn combo that most people already can't dodge becomes incredibly hard to react to. You won't damage any tanks much, but shadow assassin isn't meant to, with this build you are guaranteed to be able to go in fast, delete a squishy, and be out seconds later. If what you want to play is an inescapable monster, then this build is exactly what you need.
Can you carry with this build?
Yes, if you're good enough at Kayn you can carry easily.
Real talk though
Please do not take this seriously or use this in ranked, it is meant to be a meme and dark harvest with damage build will always be better. But if you do use this build you will be the coolest person in every room you walk into.

Pyro5544 Kayn Guide
Vote Vote
Ferrari Kayn
Who am I?
Why build this?
Can you carry with this build?
Real talk though