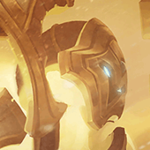 Rite of the Arcane

I have over 350k mastery with Xerath, finished last season gold 3 with platinum 4 mmr, and maintained close to a 8 kda with Xerath over 200 games.

Pro tip - Bind the penguin with a top hat to the same key as your ult. He will be tipping his hat while you get Mejai's stacks.

I will update the guide with pretty pictures and plays at some point. I can also add matchups, laning, warding etc. Currently this is not a comprehensive guide teaching you how to play Xerath.

Why choose this build?

Of 40+ games I have played with Xerath since the rune update, most of them are 30 minutes (will keep updating as I play more). The earlier game runes are a better idea if the game is not going to last longer, and you can make the game end in 20-30 minutes.

This build is not going to be as strong as some build if the game goes super late. Gathering storm will outscale the AP.

Aery got nerfed, so comet is better now.

Manaflow Band is because you get a dark seal instead of dorans ring, and we do not build a morellonocicon.

Absolute Focus is for extra damage and you should be above 70% health most of the time with Xerath.

Scorch is for the extra early game poke.

Magical footwear is 350 free gold and will help you to snowball harder and cosmic insight because the others are meh.

My build is dark seal and refillable -> ludens -> Mejai's -> sorcerer's boots -> Morellonomicon -> other items -> the other team is probably surrendering about now.

Luden's rush will make it impossible for anyone to stay in lane for more than 2 Q pokes. Mejai's continues the snowball. Morellonomicon still seems to be too good of an item not to get because of CDR and mana restore. You have a ton of gold value if you have Mejais stacked.

Riot has said that they are possibly changing Mejais to be cheaper if you have a dark seal with 10 stacks, if this happens, it makes this build even better.

Hypothetically the other teams mid laner has as many kills and assists as you have, your are still up 3,200 gold. Most games the opposing mid laner is not close to you in number of kills because you have been owning them and their team. You should have a massive gold lead, not just 3,200 in most games.

Once you get to 25 stacks on a Mejai's, you are a lot stronger than anybody (gold worth was above). Group, poke, take turrets and lives. GG hard.

Snowball City Updated
Why trust me?
Why choose this build?
Runes
Build
Macro/how to win
Help Support Our Growing Community