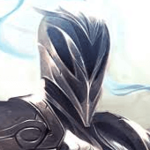 By Vexah
Introduction
Hi All I have been playing Udyr for the last few years Mainly Tiger stance Udyr due to the Nerf on Phoenix Stance but now its back baby and its a force to be recond with.
Pathing +Mid game
First Things First Jungle Pathing.

This New and improved Udyr Phoenix stance makes your clear quicker than tiger stance Udyr as your weaker in the early game its best to just power farm as much as you can unless a Opportunity arises.

You will be starting Raptors hence taking Hunters Talisman For the sustain its not as good as a Kayn raptor clear but tbh its still pretty good , After that take your Q and straight to red buff Hold your smite if you can try not to use it.

Straight after red buff go to Krugs and smite the Big Krug as soon as its nearly half health to make your clear a little healthier , at this point you can choose to either Take your E if you think there is a gank opportunity or if not take your second point in your R as this uses less mana than rotating 3 different Stances.

Now Head to blue side and clear it this should give you level 4 which you take your E ( Helps scuttle crab die a hell of a lot faster ) From this point on i would either Back for items whilst my camps reset , look for a Ganking opportunity , or Steal enemy's Raptors if they haven't been cleared from this point its pretty much rinse and repeat As soon as you have jungle item Upgraded boots and a Sheen Your ganks and clear is even stronger due to building AP items keep in mind that your turtle stance gives you a big shield so taking drakes is even easier with this build

End Game
Due to your clear being absolutely Crazy fast by the time your level 13+ with 2 items you should look to split push as much as possible due to Phoenix stance its basically a tiamat frontal cone as of such plus with the sheen you will shred towers.

During team fights your best bet is to run in like a Suicide bomber with your E and then change to R on the enemy back line due to its pretty much AOE and with the rage-blade you shred armour and magic resist for fun.