evilumangz | December 25, 2014 11:19am
Hi guys i'm new to this but i just wanna know what's the problem with Ashe and the whole right click thing,sure she's a basic attack based champ but most ADC's are all like that i mean what would you choose a champion who has a complicated combo or a champ who just by hitting basic attacks can deal out tons of damage to the enemy and about her being a horrible ADC this is not true,well not to the people who knows the importance of kiting,Ashe has an awesome set of skills which she makes use to distance herself from her enemies and prevents their escape she can widen her vision to locate threats and improve her positioning which not a lot of ADC's have and about her being weak early in the game i also have to disagree on that her passive guarantees massive damage early on in fact even higher damage than a skill shot can do with just a single basic attack with the perfect timing you can use this to shred your enemy's health to a fourth of their maximum health thus forcing them to play on the defensive she also has a passive that can ensure that you can get enough gold even when you are behind on minion kills and lastly i have to agree that she is a squishy champion and doesn't have a proper means to escape enemies but if you know how to truly outsmart your enemies you can take advantage of your passive slow to ensure that when the time that you are in their basic attack range you have already caused their health bars to disappear and about countering assassin's like master yi and akali the trick is to reserve your ultimate so that when the time that they engage on you,you can stun them and have a brief window to flash and escape then gaining the space to free hit execute them for like you they are also squishy and you can guarantee a three hit kill 1st with your ult 2nd with your volley and 3rd your massive crit
I don't intend to prove that people are wrong about ashe with this post i just want them to see my opinion so sorry this post is so long guy's it's because ashe is one of my favorite character's not only because of her sexy body and fair complexity but also her capability to kill enemies just by landing three critical basic attacks on them =)
1
[-]

theorphansmaster | February 8, 2014 9:55am
Maybe you just have to rightclick with ashe but that isnt a negative point that a positive. If you take other champion that need timing for play well, you miss one and you lose some damage. The only way you can miss attack is with a blind. And ashe is really powerful early with focus and volley. And is arrow is also one of the most polyvalent of the game.
1
[-]

TracyJackson | December 26, 2012 8:51pm
Ashe can be pretty interesting to play. Many consider her a newbie champion due to the fact that she isn't the most "survivable champ" out there.

But I considers Ashe a good champion in the hand of someone who can play her. I've been playing as Ashe since I first started playing LoL, and have played as her 97% of my gaming time (Anivia and Kayle is my only other played champs). I like playing with Ashe, she's a good champ toward the end of the game...and yeah, she's pretty easy to kill in the beginning of the match, but you gotta play around with her. I've played many games where I'm getting killed like crazy in the very beginning, but I finished the game top on the team in "kills" after getting some gears and whatnots.
1
[-]

Dvsskater78 | November 24, 2012 10:25pm
I enjoy using Ashe but I don't use her Hawkshot power and mainly in battle I'm using Volley which is nice to slow down an enemy but only goes so far to kill them. Ashe is a nice character but like most things she has her ups and downs.
1
[-]

NiiChii (2) | November 2, 2012 5:18pm
I actually dont get why people are saying that Ashe is no good Carry. She isn't the "OMFG BURSTING YOU DOOOWN-Carry", she harasses and she kites. But that isn't bad, stop complaining about it. If you dont like her playstyle, go pick Graves or someone else. Nobody forced you to play her.
1
[-]

UnknownKilla | September 8, 2012 5:33pm
Ashe and HeadHunter Master Yi is a great team on 3v3 and 5v5 on Summiner's Rift and Twisted Tree Line too. I know so does Redbone882 bc we were them two Champion's on both of them maps.You guyz should try them champions out and stuff.

FNogueira | July 25, 2012 3:28am
Just started playing some weeks ago and my passion with bows still alive in this game. Ashe was the first champion I used and I am trying tom aking my own version of "Master Ashe". I started to using the Ashe's to Ashe guide and it does not work perfectly to me. I am trying to make something with more attack speed, that I believe is something very important with this champion.
Loading Comments...
Load More Comments 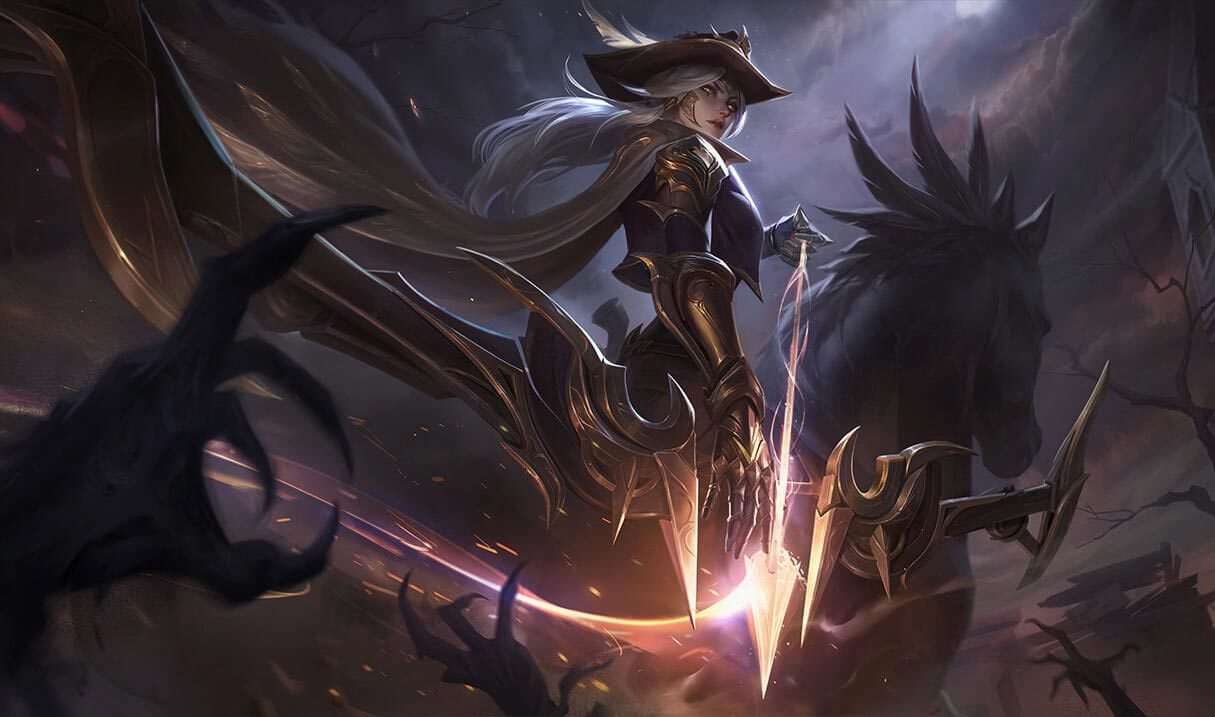