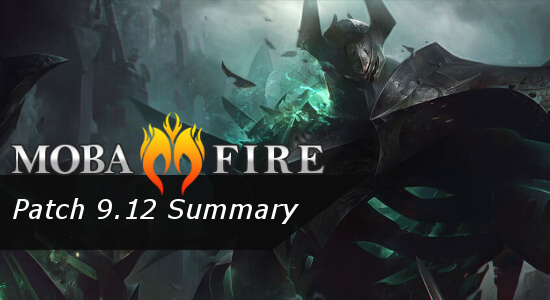 Hello and welcome to the MOBAFire Patch Summary - 9.12!

Patch 9.12 marks the launch of the rework of

Mordekaiser, the Iron Revenant, whose new kit has stayed true to his theme of being the master of death. While he no longer receives a ghost companion upon killing enemy champions affected by his ultimate, his new ultimate banishes himself and one enemy champion to the Realm of Death for a 1v1, and the enemy champion's soul temporarily stays with Mordekaiser(in the form of additional stats) if he manages to kill them. His other abilities have also all been replaced and will now allow him to deal AoE damage (in a multitude of ways), drag enemies towards him and shield/heal himself.

That is not to say Mordekaiser is the only champion with significant changes, however, with

Yuumi being some of the other highlight champions who have been altered. On top of all that, there are also a number of ARAM changes and some new skins and chromas which will be released in the near future, so let's get right to it!

As always, be sure to check out the full patch notes for details on any changes that interest you.

That's it on our end, time to hear from you guys! What are your thoughts on the new

Mordekaiser? Which other champion will be most affected by the changes introduced in this patch? And finally, will you be looking to pick up any of the upcoming skins & chromas?

Thanks to MissMaw for the signature!
Latest Legend
<Member>

Thanks to Jovy for the Sig :)
hutbephot3mien
<Member> 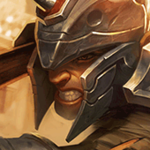 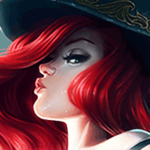