Ahri support is so good but don't have protect to your carry, she only have CC; but in the late game you can explode the enemy carry(if you are building Ap items) because you have a great engage with your

Redemption to get heal(and to kill steal too xD) and you can buy Ap items later. And is this , i play with

Ahri support and is my main too !
2

PsiGuard (1495) | February 15, 2018 4:06pm
I'd say it's bad. The only decent mage supports have great base damage or damage that scales with enemy stats (basically %HP damage). Ahri's damage is far more dependent on items compared to someone like

Zyra who can easily top their team's damage charts with only 1 or 2 items. If you don't have high base, damage, you have to make up for that with better utility (like

Charm offers enough utility to be a support.

This doesn't mean you can't play Ahri support, as I'm sure you'll win games if you're a good Ahri player. You'll just have to snowball off your lane and if you don't, you'll probably have a hard time contributing more than other supports.
1 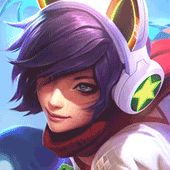 abyssDevourer18 (1) | February 16, 2018 5:37am
Yeah that is true, I saw someone try to copy my style once and they led their team to ruin. Thank you for letting me know that its mainly a skill thing.
2

Second, play in whatever way is most fun for you, but if you play something off-meta, you're likely to have more support doing it outside of ranked.

Now, let's talk about what makes Ahri a good support.

Charm is a medium-range single-target skillshot that applies a 1-2 second charm (depending on the level of the spell) and deals some damage.

The reason support champions are who they are is because they're champions who don't lose out (very much or at all) if they have fewer levels and items. The Items Ahri wants to take will take too long to make with the amount of gold available to a Support. If you try to get that money by csing in lane as the support, then your ADC will be missing out. Not to mention the lane control problems you and your ADC will be having from your foxfire hitting minions.

Ahri is item dependent because her abilities have good AP scaling, but generally lowish base damage (like most mids). Supports usually are the other way around.

You may do well with Ahri support, but it’s more due to your skill with Ahri than Ahri filling the role of a support well. Allow me to try to explain.

Here are some supports that also have a medium-range single-target skillshot that applies cc and deals some damage:

Charm, applies a .5 second stun, and allows for a 1 second knockup with

Power Fist at level 2. Blitzcrank also can silence entire teams for .5 seconds with his ultimate.

Concussive Blows, allowing for a 1.25 second stun as early as level 1, and has a wonderful kit for protecting his AD Carry, denying certain ultimates (like

Ezreal’s), and his Ultimate can provide initiation for his team.

Tongue Lash applies a hefty slow for two seconds or applies a 1.5 second stun at first level. Not to mention his other abilities – allowing him to save his teammates, reposition, and tank with the best of them.

Thresh has got a 1.5 second drag (repositioning) with his

Death Sentence, and even more cc on his Ult and

Flay, which are guaranteed hits after hitting the

Death Sentence. I could also talk about how much I love his lantern all day, but I’m sure you’re getting tired of reading my text.

In the end, any champion can play the support role, but if you can land those

Charms with Ahri, there are plenty of other champions I think you’d excel with in the bottom lane. If you want to take it into ranked, I suggest doing it with a duo partner, training for it, and having your partner play

Off topic, but if your mid plays AD (like Talon or Zed), and your Jungle is AD, and your top is AD, feel free to play Ahri in the bottom lane with a support. Her natural long attack range allows her to cs in that situation, and you’d be providing some much needed magic damage for your team (Though most people would recommend Corki or Kog’maw in that situation). Just a thought.

I hope you took the time to read what I wrote, especially the parts where I tell you that I encourage you to play in whatever way is fun for you. 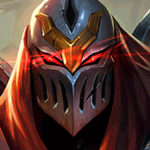 hadbre (12) | March 10, 2018 4:19pm
If you are trying a new way for Ahri, you might wanna try top, I played Thresh in every single role,
and currently im playing him on top!
-Ahri has a desent poke, she is safe, and has a good range, so you might abuse the fact that most of top-lanners arent ranged champions, and mostly they dont have much range on their abilities.
-Hope I helped!
1

xMegasacerx | February 16, 2018 12:07pm
Well,an ahri support wouldn´t be one of the best options for a mage support because of her quite low base damage and lack of good CC or Utility, whoever you can win whit her because of your experience with Ahri(i think you play well with her). that´s what i think at least,for a normal game it should be a okay pick,in rankeds i don´t recommend playing her since you have better options like Brand,Zyra or even Lux.
Loading Comments...
Load More Comments