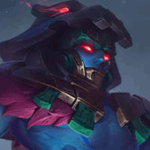 Jarvan IV is a viable top laner, however, he's far from perfect. A while ago, they lowered a few of his mana costs and buffed his passive, meaning he can effectively trade with and bully enemies out of lane. However, he still lacks sustain and his base health isn't exactly amazing. He can get himself into trouble very easily with his overly aggressive nature in lane (an easy camp target if he chooses to remain aggro) and trading poorly will make you feel helpless when playing him. Basically you have to secure lane dominance early (He's very good at cheesing people at level 3, just go QEQ) and snowball the game into oblivion. He isn't terrible when behind, but he murders things when he's fed.

The Brutalizer. Grab a

Locket of the Iron Solari/

Banshee's Veil. Then finish your

Some good optional items would be

Source; Jarvan IV is one of my most played champions in ranked, and I play him exclusively top lane.
0 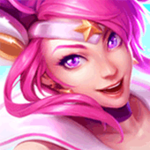 Riven's not even that bad. She's squishy and pretty easy to dunk if she goes aggro on you (If she does this, then she's used half or more of his dashes to attack you, generally). J4 does well against many melee laners, especially ones without sustain due to his bullying power. Only lanes I've had a real with with as J4 is ranged laners like Ryze or lulu who can generally poke you down and deny your ability to engage or farm.
0

R4GE (14) | October 30, 2014 3:33pm
Since I've been kind of busy today I've only been able to play one game with J4. Can you give a example for a favorable and an unfavorable matchup for him? After playing one game with him I've been thinking about which kind of champions counters me. Mobile champions like

Riven who can easily dodge your E-Q combo gives you a hard time. That's the only one I've figured out at the moment.
0

GrandmasterD (531) | October 30, 2014 2:32pm
I personally rush Hydra and go straight into Cleaver if doing well. Hexdrinker is a great pickup too. Other items are fine, though I don't think J4 should be built tanky during the early stages of the game as he packs a lot of innate tankiness and bursts incredibly well.
0

[deleted] | October 29, 2014 6:51pm
Similar to a WuKong top lane. He has engage, enhanced auto attacks, and the escape/unpredictability. He has some good match ups, and I would say he builds almost identical to WuKong top lane.