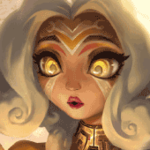 Blade of the Ruined King
🌸 MIDLANE 🌸

I hate this man. I wish he would dissappear off of the face of this earth and never show his face again. Instant ban top & support lane.

By Phirito
Bio
I'm very new to the game still, but Neeko has been someone I can't stop playing. This is not a super in-depth guide, but a one-stop shop for every Neeko build you would need. If there are better players than me (almost everyone) that have suggestions, please let me know!

Hopefully you can use this build and start dominating your games with the strongest tomato that is Neeko!! 🌸

GENERAL PLAYSTYLE
Neeko has some great abilities! Lets go over each one in depth!

Her Q is the bread and butter of AP damage. It starts with one initial damage proc, followed by 2 other potential hits. These proc under two conditions:
1 - Killing a small minion/unit
2 - Hitting any enemy or big jungle monster
It's important to send your Q a bit behind someone you're chasing so you can proc second hits if they continue running. It's also a powerful CS farming tool, and you should use it occasionally to farm on any build.

Her W ability sends out a clone of herself, along with her 3rd hit passive. Her clone looks exactly like her or the enemy she is disguised as before casting. You want to trick opponents into attacking the clone in times of running away, or simply use it to gain the extra move speed granted by the active cast.
The passive effect of the W is essential in her AP-ONHIT and AD builds. The charges can be built up on any unit, and the third hit lets out a powerful magic damage bonus to your next attack. It is smart to build this 3rd hit on minions and use it to poke an enemy instead of using regular normal attacks.

"Tricky tricky! You got the wrong Neeko!"

Her E is a powerful root that uses some skill to master. This root does decent damage and has a decent root time, but there's something special to this chameleon's tangle-barb. If her E passes through any unit, it transforms into a more powerful root that lasts longer on any opponent it passes through. There is no limit to how many units can be rooted in the path of the root, and using this longer root through minions is one of her most powerful tools. Leveling up this ability helps with teamfights especially since it can keep a lot of people still for that beautiful Pop Blossom to stun them all!

Her bread and butter ultimate is the Pop-Blossom, charging up after a couple seconds and stunning all enemies in a large range, dealing a lot of damage and granting her an adaptive shield. This zone travels with you wherever you go, and you can perform almost any action while channeling it. Start your ultimate channeling, then use your movement tools such as flash and rocketbelt to catch your opponents running away. This ult is concealed while you are in bushes, as well as when you are disguised as an enemy champion!

"Neeko will keep your sho'ma alive."


In-Depth Notes
Neeko is a very versatile unit!! All of the builds here are viable and can be swapped out depending on your matchup. MAKE SURE TO READ THE NOTES!!! I have mastery 7 on Neeko with only 45k points, but I watch a lot of DogLightning so it makes up for it! 🌸 Personally, I've been enjoying the AD and On-Hit AP Neeko builds! In lower ELO, I recommend taking the lethal tempo build anywhere as it works extremely well compared to the traditional press the attack build.

If these builds aren't working for you, please check out the popular guides, especially DogLightning!! 🌸🌸

I want to become everybody! Who says I cannot? I will prove them wrong! Then, I will become them. Last laugh? Neeko!
NEEKO AD PLAYSTYLE
Out of all the playstyles, this has proven to be the most consistent! It's decently strong early, mid, and late game, and has potential to scale the hardest late game.

Doran's blade is ALWAYS the answer, and I usually rush into Berserker's first instead of noonquiver, especially if you're running lethal tempo.

BUY MYTHIC FIRST!! These are such a good power spike and allow neeko to just drill down the enemies HP!!

AD neeko is all about chasing them down, so building move speed and slow effects are just so amazing for this build!

Slow down? No! Fast fast fast!
NEEKO ON-HIT PLAYSTYLE
This playstyle is very weak until you build Nashors. The holy Tooth makes this build the buttery smooth enemy deletion it is. ALWAYS ALWAYS buy Nashors first, then boots. The mythic isn't as necessary in this build, and other items like Lich Bane can do more for your damage than Riftmaker will. Anyways, this one is the most powerful of all the builds late game, but the weakest early.

Who stands in Neeko's way? Dummies with small sho'ma, that's who!
NEEKO AP PLAYSTYLE
If you've played Neeko before, this playstyle is the most common and the one most usually use. It's mind numbingly easy to build and use, and it's all simple point and click ability usage!

This one is the most flexible too, because you can build most mage mythics and have it still work out. A good off-meta build is Liandris/Demonics Embrace (tilts the enemies real hard).

Pretty simple, but rocketbelt is best for landing those clutch ult stuns!

Told you to not get close. Why did you not listen
END
Thank you for reading my Neeko Guide. I will try and continue to support it through future patches and take in feedback and adjust the builds to make Neeko as simple as possible!