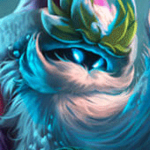 By LeoPixy123
Introduction
Hello I am LeoPixy and I have been playing Veigar for about a year now and I love him. I will cover the basics and what you want to focus on while you are playing Veigar.
Pros

Cons:
-Does not have mobility.
-Damage does not grant heal much health.
-Expensive build.
-Very weak early game.
-Very squishy.
-Often targeted because of their fear of getting stunned.
-Countered by the 2 most common mid laners Yasou and Zed.

Abilities
Q: Easy skill shot and does high amounts of damage late game. You want to use this the most to get of some health to later do the fatal combo.

W: Very high damage and very low cooldown ability. This ability should mostly only be used on minions and on stunned players but can be used to shed of health on noob players.

E: Extremely annoying ring that when trying to go in the ring or out you will be stunned. You want to get the enemy in the middle of the ring because then they can't escape and will be stunned if they try to escape but if you try to get them on the barrier it is much more likely to miss.

R: Your ultimate is one of the scariest in the game. It is a homing missile ability which does more damage the less health the enemy has, you never want to use this ability first and it is usually a last resort to escaping enemies after the fatal combo.

Passive: Your passive grants you stacks when killing a minion with your q, hitting an enemy with an ability or kill an enemy. 1 stack = 1 ap.

This is what you want to focus on and a combo that will elevate your play.

You want to focus on getting stacks, you get stacks from minions and champions, you want to focus on minions most, even early game, you want to get as much stack and money as possible, even if you run out of mana you want too get money too get The Lost Chapter item which will give you more damage and more mana that will make it way easier to farm and do damage at the same time.

Combo: The best combo is the E+W+Q and R if needed