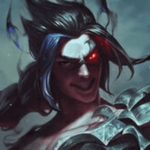 Maokais in URF tend to go tanky, which makes it hard for you to kill them. Try to stay further back and just w from afar.

His one shot potential is very strong. You want to be with team mates in the mid game to avoid getting picked out by him. If you are strong enough, barrier and r can help you win the 1v1.

You want to be with champions that have easy to land cc. This allows you to go in with your r to finish them off if you did not land a w from further away.

Again, easy to land cc which can let you follow up. Her passive also allows you to burst enemies even faster.

Cho is super dominant early game since he can spam his q. It can lead to guaranteed w, which deals tons of damage. It is cc for Kai'sa to jump in later as well.

By CaptainTido
Why This Guide
I have played my fair share of URF, including most of the OP champions. We are talking about Zed, Hecarim, Rengar, Lee Sin, etc. The issue with most of the champions is that they tend to fall off in the late game. After you neglect ending the game and the enemies eventually get all their items, you can't one shot everyone anymore. That is until I found Kai'sa. Not only is she pretty dominant throughout the whole game, she snowballs super well.

I see a lot of Kai'sa players going the traditional attack damage route. This build completely blows that build out of the water, since it can deal way more damage in a way shorter amount of time.

Unlike the traditional Kai'sa, you are looking to stay in the backlines, chunking enemies with W. Stay safe with your E, and go in with your R, Q and Gunblade to finish enemies off! The play style can be similar to a Nidalee, where you constantly throw out long range projectiles, and pounce in once you hit an enemy. What works even better is if you have allies that can cc opponents for you, allowing you to R in for the finish.

I often catch enemies canoning their way to the jungle or to objectives. This guarantees your W lands, and then you can unleash your full combo. They will disappear in a blink of an eye.

Just remember, you are not invincible. You have to play safe since getting caught out by any one will blow you up instantly. You can use your E to distance yourself so that you can use W safely. Eventually, you will land a couple of shots and burst them instantly. No counterplay!

Since there is no jungler in URF, look to take jungle camps whenever you don't have minions in your lane to take out. Gunblade provides spell vamp which ensures that you are always topped off. Your passive and W will take out most of the jungle very quickly.

Ward, ward, ward! In the early game, your trinket will be off cd very often. I like to drop wards deep into the lane which can net kills when the enemies are recalling under the turret.

Recall after you push a wave. Recalling in URF is not very punishable since you come shooting right back. Make sure you don't land too close and take free damage from the enemy laners.
Level 1 Skirmish

We all know that at level 1, everyone must go top lane to fight it out. Kai'sa turns out to be one of the best champions in these scenarios since she can deal damage without taking in return. It is very common to get a couple of kills of enemies recalling under their turret, thinking that they are safe. This is a very easy way stack your Dark Harvest and get a lead.

Even if your W is on cd, your autos paired with Dark Harvest and potentially Kai'sa's passive can still output a massive amount of damage at level 1.
Laning

Kai'sa can go mid or to the side lanes.

In the mid lane, you want to clear your waves and take out jungle camps in between. The best case scenario is that you hit level 2 from the first minion wave because of kills or assists from the level 1 skirmish. You aren't really looking to kill the enemy mid laner since you don't have consistent damage output. Just keep soaking minion experience, until you get your first item. I like to clear the first minion wave, get level 2 and do Raptors, go back for the second wave and then do wolves. If the enemy mid laner pushes slow enough, you can recall and make it back to get the canon. This allows you to hit level 6 before the enemy laner, which is the ideal time to go for the kill.

In the side lane, you are looking to spam W and try to get turret plating. In URF, plating is 300g, which is equivalent to a kill. The first and second plating are lower HP, which can put you ahead. Your W is so safe that most laners will be forced to recall. This allows you to push and force them to lose minions to the turret. You can even sneak in a Rift Scuttle if you need the gold or exp. After you get your Cutlass, you can even trade with Q, auto and Cutlass for easy damage.

When the enemy laner is coming back, the canon indicator can allow you to land a free W, which chunks them before they even get a change to respond!
After Hextech Gunblade

Now that you have your core item, you can look to go in with your R after landing W a few times. You will have a lot of burst with Gunblade, and you can proc your passive to finish them off.

You probably do not have enough damage to one shot enemies from full health. Make sure you poke them down with your W from far away and only go in for the execution.
Look for your allies to cc enemies and you can follow up from really far away. You can also look to roam, since you can appear out of no where and snag some free kills.
After Deathcap

This is when Kai'sa will deal an insane amount of damage. Landing your W followed by Q, Gunblade and auto will more or less kill a squishy target. You can delay using your R after hitting your W, so that when you jump onto the enemy, you can hit them with W again to finish them off.

Look for picks and keep spamming W whenever it is off cool down. You might have instances where a fight has yet to break out, but everyone is grouped (at dragon for example), so you can freely damage enemies from a mile away. If you can get a big enough of a lead, your W will eventually two shot an squishy target. This is the combined damage of evolved W, which stacks 3 parts of your passive, and Dark Harvest. The enemy will have little counter play to this when you are defending/sieging turrets.
After Evolving E

After you get your evolution, you can play a bit more aggressively. Enemies will have a harder time killing you, since you can go invisible every couple of seconds. Still play the poking game with w, and use r to secure kills.
Even if enemies try to engage onto you, your shield from r, your invisibility and movement speed from e and your barrier will help you survive most engages, as long as you don't get chain cced.