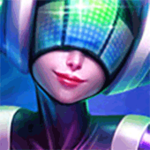 1 2
Put ignite of F because F is for FIRE

Ninja Tabi
Optional - If you make it this far

His ult cannot be dodged and cannot be QSS'd and he just chain CC's you afterwards.

By RunningTurtle
Readme.txt
Take a deep breath, because you are about to let go of everything, and truly embrace what it means to play "solo" queue. If your image of League of Legends is still a fun 5v5 team-based game where "teamwork makes the dream work," I advise you to stop reading now, as the rest of this guide is not about that.

Fundamentally, this guide is built using two concepts. The first is the idea of equivalent exchange: By not expecting anything from your teammates, you are liberated from their expectations of you too.

For beginners, it is advised that you mute all your teammates except for their emotes, as the chat and pings can often serve as distraction to stray you off your path to strength.

This is not simply a guide to play Udyr. It is a guide for you to change your entire attitude towards the game and it's player base.

The second idea is the fact that numbers don't lie. As the almighty Jesus-kun once said, "With high enough numbers, it is possible to reach a godlike status." Therefore, the most important stat for you is the farm count, or "cs," as they directly translates into gold and experience, which then directly translate into stats.

To maximize your farming efficiency, pathing is key, and as of patch 9.11, clearing the Krugs is the most important, below is the recommended path:

1st clear: Red, Krugs, Wolves, Blue, Gromp, Scuttle
- If you run into the enemy jungler at Scuttle, fight them as you'll likely win since you're Udyr with ignite. However, do not expect your laners to help you as it violates the law of equivalent exchange. But unless if the enemy laner(s) literally come in with their jungler, there's still a good chance you'll kill their jungler before their laner kills you.
- If you kill the Scuttle peacefully, then you should be just a bit short of a Tiamat, so you can gank if there are obviously free kills. But otherwise, just invade the enemy jungle.
- Remember that each camp respawns after 2:30, so you'll have about a minute to mess around before backing and going to collect your Krugs.
- Do not actively look to fight the enemy jungler. Only kill them if they run into your path of farming as no one stops the Dyr.

All subsequent clears (With Tiamat):
Krugs, Raptors, Wolves, Gromp
- In general, always make sure you repeat this cycle as efficiently as possible. Good way to do so is to not get distracted and timing your Krugs' respawn, which will let you clear the rest of the jungle as they respawn as well, increasing efficiency.
- Get Scuttle if it is on the path of your clear. Do not go out of your way to go for the scuttle on the other side of the map as it is inefficient.
- You can solo dragon if there is seriously nothing to farm. Always go for dragon once you complete your recurve bow.
- Once you finish death's dance, you can probably solo baron even though it will take a while.

General tips:
- When playing Udyr, you have to imagine yourself as a marathon runner, and use the entire map to your advantage. You can literally only run. No dashes, no blinks, no ********. But in terms of running, you're the best in town. Spam E to run around the entire map faster.
- Because you can only run, the only way for you to dodge abilities is to juke, or fake out the enemies. Simply reacting and dodging is not enough, you must also get in the opponent's head, predict their moves, and perform random direction changes to throw them off.
- Ultimately, Udyr is best at dueling, but there will inevitably be teamfights. In those situations, your best bet is to stun anyone that tries to get on your carry(s), before switching over to tiger for damage or turtle for sustain.