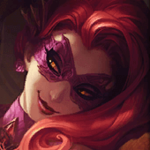 Luckily, he's mainly played top. Even then, be suuuper careful if you play against him mid.

Can be really annoying, with huge hitboxes. Try your best to dodge her shots, and punish overstepping.

By mystigunn
In a nutshell
Rumble is a great mid laner. He can be really bursty, but is able to spam his W shield. I'm too lazy to write about individual runes and items, so you should find some other guides(mine is ****).

Rumbles builds really do vary depending on your situation. Never always build one item. Be flexible, especially when playing against poke, assasins, etc.

Why I build Lich Bane

Lich bane seems really weird to build, but I do have some reasons. It makes a good first/second item to build.

1. It helps with farming and cs.
Rumble naturally has poor farming in the laning phase. By building Lich Bane, you get extra ap on your auto attacks after using your abilities, especially Flamespitter. Lich bane can really help when farming while your q is active, as the extra damage helps if you are not used to the dps flamespitter does to the minion wave.

3. Last and probably the most important: more damage.

Simply put, lich bane can output huges amount of damage when procced properly. Lich Bane works best with champions who's abilities scale their auto attacks with ap. Now you may be asking:"well rumble doesn't. Right?".
Well, he does when he is overheating.

While Lich Bane provides other benefits for rumble such as movespeed and cdr, the spellblade passive can be incredibly useful. As many of us know, overheated Rumble often uses his auto-attacks to finish off enemies. The ap that comes with the autos when overheated pack a surprising punch, add this to the spellblade, and you get a pseudo-burst auto attack. Because rumble does the most damage when he is overheated and using his flamespitter, he is usually chasing low enemies with the ability while silenced. Most of the time, you are chasing and also weaving in punches as you go. Lich Bane gives you much more damage with your autos, which helps kill your enemies faster. The faster you kill them, the less time you spend under turret or under enemy attack. Lich Bane will take some time getting used to, but trust me, it's a whole lot of fun when you get the hang of it.