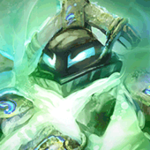 Remnant of the Watchers

Rite of the Arcane (R)

Katarina is an extreme threat to Xerath as she can dash close to you and dish out masses of damage, try not to die to her at the loss of CS. If she does dash to you fire a stun behind you as that is where she will land- this will give you a chance to escape. If you are unsure of how to fight against her it never hurts to stay under the turret and punish her with your range when she gets too close.

Akali is an assassin this is usually always a threat to Xerath as she can dash towards you and get up close meaning your range means very little, as Xerath fire a W or a Q into her smokescreen as even though you cannot see it you will likely hit her and deal damage forcing her to not risk going in on you. Try to poke her and stun her whenever she dashes towards you.

Talon is a threat as soon as he gets his ultimate, he can be bullied by Xerath until level six but past that point play more carefully. Whenever you see him ult, get ready to cast your E towards the front of you to stun him as he jumps from the blades.

Yasuo is simply an annoying champion to face, his wind wall can block your E however it cannot block your Q. Try to poke him down and don't stay too close to your minions. If he dashes too you try and stun him- similarly try to avoid his Q tornado shot so that he cannot ult you. If he does ult you do your best to back off as he does lots of damage.

Fizz is a real difficulty for Xerath as he can dash to you and get up in your face allowing him to deal damage while you can't use your poke, he can also dodge your skill shots with his jump. While against Fizz do whatever you can to avoid getting hit by his ult as that will end you. Take the loss in CS in exchange for your life and farm under turret. Try bully him prior to level 6 and ensure to ping where he is to your teammates as any kills he doesn't pick up is for your own benefit.

Malzahar is a huge threat to any Xerath player, if he hits an ultimate you are as good as dead. His spell shield also stops your poke reducing you to crying in the corner. Request a lane swap if possible, if not just cs and kill his voidlings- try not to fight him.

By WhiteSheepz
Introduction
Hello, I am WhiteSheepz a silver Xerath main. I have played Xerath for over a year and wish to share what I know about the champion. At his core Xerath is basically a walking mortar- he hits you at range and pokes you down. My guide should hopefully give you some insight in how to play Xerath effectively and learn the champion.
Pros
Pros:
Long-Ranged
Good Poke
Good Late Game Scaling
Decent at Stealing Baron/Dragon
Good Sustain