My posts may be long. If this bothers you, don't read them.
Joxuu
<Fabulous>

As far as I know, the anime is over. I assume there'll be an announcement if/when Bleach restarts, so it'll probably be hard to avoid hearing about it. But presumably they'll wait at least a year, to give the manga time to get much further ahead before they restart the anime, if/when they do. It'd also likely have a new title, a la Naruto: Shippuden.

"A person giving you advice isn't perfect and has their own shortcomings but they may give you the piece that you're missing."
Searz
<Ancient Member>

"I contend we are both atheists, I just believe in one fewer god than you do. When you understand why you dismiss all the other possible gods, you will understand why I dismiss yours." - Stephen F Roberts 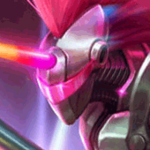 Thanks toThe_Nameless_Bard for the awesome sig!

Art was below average, story was a mess and and had zero ****ing sense of pacing.

The most prominent thought in my head at every plot twist was: HOW CONVENIENT.
The entire freaking plot is just terribly contrived and convenient.

It's probably gonna turn into a high-school(slice of life or shounen depending on what path the author takes) manga where they have to keep up their appearances at school while hiding their dark secrets.

The most (and possibly only) clever part of the entire thing was the bears. Those were awesome. They were waaaay creepier than anything else the series tried to muster(and they really tried, lol).

Conclusion: don't read it NOR watch it. (anime airing right now I believe)

Thanks to LaCorpse, Hogopogo and JhoiJhoi for the amazing sigs
XeresAce
<Member>