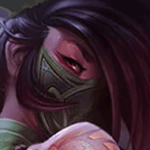 It did if you had at least 50% crit chance.
https://leagueoflegends.fandom.com/wiki/Essence_Reaver

Phantom Dancer is the worst change. You lose a lot of stats and the passive doesn't really compensate. It looks pretty mediocre.

Spear of Shojin is worrisome. A lot of bruisers liked

Essence Reaver for its passive, and now there is an item with stats more favorable for dueling. It may make figures like

Riven spike hard after this item.

Infinity Edge doesn't increase critical damage as much, but in comparison I think it's better than doubling crit for sure. We'll see marksmen spiking at two items. Most marksmen rushed

Blade of the Ruined King so in the current state marksmen rarely reached 100% crit at three items.

Nevertheless the change is still essentially the old crit items but most stats are worse. It may still be better than the current crit items, but nowhere close to old crit items.
1

Phantom Dancer, although it's by far the least bought Zeal item so the impact is very low, probably only affects Tryndamere and Yasuo anyways, and if it sucks they'll go

Spear of Shojin will indeed be another BS bruiser item, as if

Infinity Edge however is way inferior to the current one. The only positive thing is that IE rush is now viable again, but as soon as you have 2 items it's worse (50% crit chance instead of 60%), and at 3 items it's far worse (75% crit chance instead of 100%). And frankly right now people who go Stormrazor on crit AD carries instead of the incredibly cost-efficient Zeal item + Zeal + IE (90% crit chance for 2k gold less that the SR build), are really screwing up.
Loading Comments...
Load More Comments