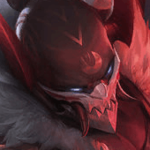 Hello! My name is Alex aka Actioner. This is my 2nd guide here and planning to write for more than 15 Support champions. English is not my native language so I'm really sorry for my grammar in any case. I've been playing League of Legends since late Season 3. I've been always a Main Support and I'm here to share my passion and knowledge on the Role. I'm currently a high Diamond player with highest ever reached: Challenger Top 40 on EUNE and Diamond 1 on EUW back when Master/GM Tier wasn't out. I don't main a specific champion on Support, I can play around 20 support champs, so I always adapt to meta and what works best for me. My secondary role is Mid-lane with a pretty small champion pool, but I always get my primary role in ranked games!

I've been always an incosistent Streamer but mid 2020 decided to stick with it and grow a community on Twitch.

Feel free to join Action Squad and follow my journey!

Morgana is a high damage utility support with a special ability to deny enemy CC while locking enemies in place with her massive crowd control kit that provides slow, root and stun!

This is your main rune page. With this one you will apply the pressure that you need in the lane while it provides you sustain keeping your mana pool up and improves your cooldown ratios!

Guardian that blocks any type of damage while

Black Shield doesn't. So pick it when you are facing engaging tanky supports like

Skill order maximization
The Ability order above should be your default option. By maxing your

Dark Binding, you increase its Stun duration. Then you max

Situational LVL Order:
It's nice to give some extra points on your E or even maximize it before your Q. For instance on level 4 you give an extra point on

Black Shield, when you are facing Engaging Supports that do AP Damage and can reach on your ADC wiht their skills. A good example is

Thresh that can still reach on ur ADC even if you Shield in time. If he picks a 2nd level on his Q or E he can break your

Black Shield with just one hit if you don't give it that extra point.
From Level 5 and above you can continue normally with

Dark Binding level ups then into

Black Shield if your ADC is mobile such as

Lucian. If your ADC is immobile and a scaling one such as

Jinx then you Max your

Black Shield for extra protection and continue with

Ardent Censer provide a passive that stack with each other and

Forbidden Idol buffs your healings and shields! So for

Morgana we get:
- Stronger

Black Shield for you and your allies
- Stronger heals from

Moonstone Renewer on your allies
- Stronger

Starting of as Morgana its a good idea to gather your team and go for an early invade. Morgana has a big pick potential with her

Dark Binding which you shall level up first anyway during laning phase. If your team decides not to invade then you help your jungler get his buff.

Once you get on lane try picking someone with your

Dark Binding preferably the one that position closer to your ADC so he can follow up. That way you can have an early advantage before hitting Level 2 either by getting some of their Summoner Spells down or even by killing someone! Make sure that as you hit your Q, move closer to the target for some free auto attacks. You can use the bushes early on to hide urself and make an easier Binding. Try this ''level 1 tactic'' on the first wave only and avoid it on the 2nd wave half because this is where u get level 2 and you don't want to have it on cooldown. If you don't hit your Q, its fine move on hitting the minions to help you and your ADC get level 2 before or same time as the enemy!

On Level 2 you level up:

Once you have your

Spellthief's Edge quest. Now... you should never spam it everytime its up because you will run out of mana fairly quick. Also, make sure to use it when enemy isn't that close to the minions and prioritize the enemy ADC if possible! You don't want to hard push the lane with it or killing the minions urself just to farm your quest. Feel free to hit the minions though for a faster wave clear, when your ADC needs to back.

During laning phase try to hit your

Tormented Shadow for the extra damage and self-healing. After casting those move closer for auto attacks. Keep in mind that

Tormented Shadow heals you during your fight through

Soul Siphon so don't be scared to go for 1-2 auto attacks.

Dark Binding is easier to hit in shorter range distance. However, you should not walk closer risking your life for a Q, unless they have cooldown on their abilities. Knowing when is the next

Relentless Pursuit is a good example. Also, as I mention earlier using bushes is a good way to hit those Q's as the enemies don't know your exact position.


When you hit Level 6, you should look for a fight. Start with hitting your

Dark Binding then get closer for

Soul Shackles and use

Buster Shot. You can always setup an ambush with your ADC or Jungle and start with

Soul Shackles if they are close enough to you.

Soul Shackles reveal hidden enemies, meaning that if lets say a champion is invisible in a bush or due to a skill like

Vayne is in your ultimate range, the skill indicator will light up.

ROAMMM!!!
Morgana excels on rooting someone in a position, right? That makes her an excellent choise for roaming. Always take the safe path in your side to roam. You don't want to get yourself caught by enemy jungle, also is most unlikely to be warded. Do not use your Flash while roaming unless you know that enemy doesn't have it. Work mostly around

Dark Binding while you are roaming and

Flash if you are in trouble.

How to deal as Morgana against ganks!
First of all as I said couple of times through this guide, your

Dark Binding is the strongest skill. The best thing you can do is to keep the wave management around mid side. Avoid attacking the minions when there is no need and avoid hitting them with

Tormented Shadow. You should always give your Jungler the opportunity to gank for you! Pushing towards the tower all the time and especially when you don't have any clue where is the enemy jungler, its a big mistake to do with Morgana.

Stay in range, you don't need to walk close. Make sure you use you wards and when you are about to get ganked look for the closest threat to use your

Dark Binding. That is either the Support or teh Enemy jungler, ADCs don't have Crowd control. Denying those CC with your

Black Shield and keeping one locked with

Dark Binding will deny the enemy ADC to follow up with any damage.

When you are getting ganked from High Mobility champions such as

Lillia it's good to avoid throwing your

Dark Binding as soon as you see them because it's way too easy for them to dodge. Instead you wait untill they get somewhat closer to you, to increase the chances of hitting it.

Graves you most likely won't to avoid aiming your

Dark Binding towards him, but instead use it on the Enemy Support.

Morgana's late game is simpler than her early game. Moving out of laning phase the best thing you can do is always stick around your ADC. At this point of the game you have to always ward around jungle and objectives. Even at this phase of the game Morgana is strong on picking, so don't be scared on trying picking on enemy heroes using your

In teamfights you should prioritise your

Katarina ect.
In other scenarios where you have a

Darius ect that are looking for a catch, you can

Black Shield them before they get out of your range and they are closer to the enemy.

In worst cases where your team composition doesn't have any champion that can engage, YOU have to be the one that must do it. So when you feel confident and your team is grouped, try to use

Black Shield yourself then

Flash into the enemies and

Soul Shackles. While in the fight use your

Tormented Shadow, tank as much damage as you can and to keep as many as possible in range of your ultimate. When you are running low on HP use your

Zhonya's Hourglass. Never use it instantly after your

Morgana pick is mostly a situational pick and you should not Blind pick her, but get to know your team composition first if possible. If you are picking after most of the enemies, that makes it even better. Morgana's laning phase is strong to a point where you can snowball the game and excels when it comes to roaming, so work mostly around that for a better and easier late game too.

I hope you found this guide helpful! Make sure to drop a Vote, comment and reputation! For more content check my Twitch, Discord and the rest of my social at the start of the Guide! :)