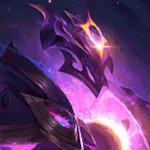 Runes: Not your grandma's vayne page

B. F. Sword
Too poor for BF

By crabbix
DISCLAIMER
!!!THIS IS NOT A META BUILD!!!

Blade of the Ruined King AND


It's an interesting build that I've had some success with, and I find the best situation to run it in is when you're facing a team of full squishies. Since

Blade of the Ruined King is most effective against high HP tanks, you can actually find a power spike earlier against enemies that don't build any HP with

Infinity Edge. I also think that this build actually makes Vayne mechanically easier to play, since you have lower attack speed and do more of your damage in the initial combo - however positioning matters more, since you won't have the safety of the

Blade of the Ruined King slow.

Xerath one-trick. I've got a ****ty twitch stream on which I play Xerath most days, and I've been told that I'm somewhat entertaining as I do so. I have ~500k mastery on my main account at the time of writing, and a further ~350k on a smurf which ended up surpassing my main account's rank. OP.GG and also "smurf".

When I'm not grinding out ranked, I like to theorycraft interesting and alternative builds. I'm not claiming to be a God at the game, but I've played for a long *** time and I think I have a reasonable understanding of how things work. I try not to take myself too seriously tho...
SPELLS
RUNES

This is where the theorycraft gets a little shaky, but I think these are the optimal runes for this build. Here, I go over the choices.

Gameplay
I'm kind of going to assume if you're looking into this ridiculous Crit Vayne ********, you already have at least a basic understanding of the champion, so I'm not going to go over Vayne's abilities or basic mechanics, but rather devote this section to what differs between this and the standard build playstyle.

You are not looking for extended trades

Where Vayne usually shines, with repeated proccing of

Silver Bolts due to insane attack speed, Crit Vayne will actually kind of suffer, due to all your damage being upfront with the tumble + energised auto from

Rapid Firecannon. Your ideal situation is to autoattack, tumble to reset, and one more to proc

Press the Attack. If you're fed enough, at this point your enemy is either dead, or low enough that they either have to retreat or die to another one or two autos. The playstyle is more similar to an assassin than a traditional adc - you offer massive upfront burst and try not to stay in one skirmish for too long.

Your powerspike is earlier

Standard Vayne has a powerspike at 2 items + boots (

Blade of the Ruined King and

Guinsoo's Rageblade), but doesn't truly reach full potential until very late. With this build, you have a massive powerspike at your first completed item, and reach your maximum potential much earlier, at around the 20-25 minute mark if ahead.

Since you don't have the safety of escaping with

Blade of the Ruined King, you need to be extremely careful not to get flanked, and not to over commit to fights, as you're pretty weak if outnumbered/outmaneuvered. Try to save

Condemn for defensive use, as you'll usually not need it to ensure kills on squishy targets. Can be used in a pinch to proc

Silver Bolts though, as a final part of a trade
Conclusion
Your teammates are probably going to hate it. It kinda sucks if it gets behind - honestly if you're more than about 1k gold down at 15 minutes I recommend building

Blade of the Ruined King, farming a sidelane, and trying to transition back to the standard build. But on those rare occasions where you face a team full of squishies with no incredible lockdown, you might just pop off - and believe me there is nothing more satisfying than 100-0'ing the enemy adc with 3 autoattacks before they can even respond

If you've got this far and you enjoyed the guide, please be sure to give it an upvote - it improves the visibility and helps me out as a streamer!

Check out my other guides here: