Zilean Build Guide by The Tardivark 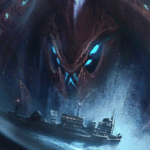 Time in a Bottle

Kog'Maw is probably the only adc with an equally shitty lane phase. Everything else destroys Zilean.

Yo. My name is The Tardivark, and I love making fun builds as viable as possible. I haven't been playing since season 3 or anything like that, but I love to write, so I decided to make a guide. And who else but Zil? Zilean's an easy champ to learn with enough viability to be played in the LCS, so he's a very good pick for player who want to start mid/supp. But wait, you might ask, isn't this guide on ADC, not mid or supp? YES! I believe this champion is very versatile and can *somewhat* play in every position with a bit of success. In toying with him, I found that my favorite role with him was adc. Note that this is ADC, not APC. Allow me to convince you why you should follow this guide.

Zilean has ZERO ad scaling. So why play him that way? *His E allows for easy kiting and maneuverability, plus a 99% slow
*Double bomb gives him an aoe stun, broken for an adc
*Free GA with ult
*Amazing mixed damage
*High damage on bombs makes ap unnecessary

Don't really need to explain much. Flat resistances help you survive the early game, and flat ad helps for csing.

Fury is obvious: in this build, we value auto damage more than our q damage.

Feast is great for sustain during lane. You can go Expose Weakness, but NEVER go Fresh Blood. It's never really convenient to trade autos in lane.

This one's really a preference. I like both the ap and the ad. You can go Vampirism if you want, though.

Go this if you're playing people better than or equal to you (which should be most of the time). Go Bounty Hunter if you're the best in your game.

Again, you should focus more on doing damage with your autos than your q.

This is honestly the best keystone for ADC Zilean. Gives you great sustain in lane that has great synergy with your build and other masteries. DFT is acceptable, but not optimal until late game. Since you're already focused around late, DFT isn't necessary. Warlord's helps you get there. Fervor sucks on Zilean.

Now, the reason I go 12 in Resolve and not Cunning is because I think the healing is overall more useful on Resolve. While there are things on Cunning that work well with you (like 5 extra damage to minions from savagery), I PERSONALLY focus surviving early game. I've found that the 12 points in Resolve have a better effect on survivability than Biscuits do. If you choose to go Cunning branch, grab Savagery, Biscuits, Merciless, and Dangerous Game. Standard ADC stuff. But let me explain my choice:

Recovery helps a lot when you get hit hard in lane. Unyielding doesn't have much synergy with your build or anything, so it's pretty much useless.

I like this one most. Again, this goes to preference, but I like the protection from champion basic attacks. You can go Siegemaster if you prefer.

This amps up your healing a good amount. Don't be tempted to grab Veteran's Scars for more health: you have quite a bit of healing in your build and masteries. Runic Armor is slightly weaker in the very early laning, but helps much more throughout the game.

I like to have my flash and heal up more often. You can also go Perseverance, but that's also opinion. Don't go Fearless.

How to carry as support | Support Zilean
By CaptianMike