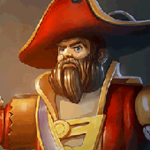 Any kind of projectile blocking is a 'counter' against Ezreal - but with good plays, you can carry against any champions.

Again Wind Wall is only threat here - good players maneuver around the Wind Wall and so when his wind wall is on cool down - you can burst him down.

OP Support - most ban him anyways.

Is not a good support.

Is not a good support.

By GetOwnedBro
Introduction
Hello, I am currently Gold who probably shouldn't be and I only do ranked solo queue. I have been playing League for almost 8 years now maybe longer... I was ranked 2000 playing Twitch world wide before his invisibility turned into camouflage with detectable range. Let me tell you, AP Ezreal back in the day was very powerful and when I played him, I would have around 1.5 KDA with him every game, blinking, Q'ing, bursting.

AP Ezreal has been a thing since the older versions of League, going back more than a few years. It's just that its more status quo to play him as an AD. Before, he was used in the Mid Lane (look at the build "Unholy Burst AP Ezreal" - I think that guy started that build long ago as Ezreal mid and I believe thats where i got the idea from.) Now, he's better in bot lane where he can farm better and he's at less a threat by burst damage, ganking, etc. by mid laners such as Zed. With AP Ezreal mid lane, he doesn't have gankability, CC, or effective clear to pressure the mid lane which is the fastest to Nexus.

Runes
This is the best rune page for AP Ezreal at the moment, unless someone can come up with another one. Before Dark Harvest was nerfed, it might be questionable but it has been nerfed and it just sucks now.

With Glacial Augment, you apply a slow like AD Ezreal, increasing your utility. It procs with your Q and combined with your Twin Shadows, it helps with every style of play that Ezreal stands for - kiting, ganking, vision, poking, hit n' run's. With that slow applied, you have enough time to get to a champion to hit them. Your team will be grateful you got this (and Twin Shadows) though they may question it at first. Magical footwear because buying boots decreases the capital AP Ezreal has to reach his power spike. Minion Dematerializer helps because it increases your damage output to minions, helping you farm better later on. Use one or twice of on siege minions, the rest on melee because with ranged, you one shot them easily.
Transcedence for extra CDR increasing your DPS and Gathering Storm for out scaling champions in the late game. With your items met on every phase of the game, early, mid, and late - you will mostly deal more damage than any other champions - if not, then at least you will match them.

Abilities
W is your main source of damage. W followed by Q doubles the amount of damage you may otherwise get from a lone Q. W and E is massive burst although the same principle applies - use it wisely to deal damage, escape, kill, etc.

W followed by an normal attack also does damage (more than most spells). Your ultimate is your main team fighting tool - line it up for away from enemy sight or when they are not expecting it, and use it to start fights and whittle them down, use it to cross-map snipe, etc. Line up the squishiest champs as priority. With great exception, do not use R for farming because it sucks now. Only when you really have an opportunity for pressuring and objective hit that you use it, and even then it is questionable because other team may be the better target for your ultimate if they are engaged with your team in another part of the map but still, it can help you clear wave faster and take down objective.

Gameplay
Rarely as APC will you 'auto attack'. Your main damage as APC is through your spells and you can say your more of a caster but with Ezreal's low cool down with runes, items, and ability procs (you can argue against that you are indeed a hand held pistol rather than a sorcerer.

Poke with W or Q, mainly both as much as you can. You can use it on the closest champ to you during team fights because it still does huge damage.
With AP Ezreal - your damage capability is not unquestioned and the real challenge is playing him properly and skillfully with his abilities. Positioning is good, using your vision/Twin shadows/scryer properly, timing and alignment of ultimate, etc. With game sense, your objective clear is a huge due to the amount of damage W and an attack gives you.
Laning
Early - FARM AND POKE BUT MOSTLY FARM.

Middle - Bot lane tower may be down. Become engaged more involved in team fights.
Still, farm when you can. Objectives if possible because your Lich Bane proc's heavy damage on a attack against a tower

Late Game - almost full build, or full build - fight as much as possible, poke, ganking, objectives. With a W on a full tower and an attack, it will take half bar from tower. So strong. This make Demolish look like a siege minion hit in comparison.
Conclusion
If you are good with Ezreal, give it a try. Or maybe, if you are beginning, learn how to play APC Ezreal instead of AD Ezreal as they both have huge amounts of damage, it's just that AD Ezreal is more DPS and AP Ezreal is more Burst and skill shot reliant, more so than AD Ezreal. AP Ezreal works, just play him properly.

I may be editing this in the future... grammar is off and such.