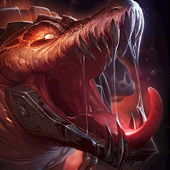 Runes: The only Runes you need

Teemo can destroy you in lane and stop you from pushing while poking you out. Play safe and wait for ganks. I would recommend bringing teleport into teemo to stay up to level.

New Morde is just stupid and can completely stomp your pushing potential with his ult and tankiness.

By de kake es a li
How to Be a Minion

During laning phase you want to be as aggressive as your matchup allows. Shove waves when you know that the enemy jungle is bot side or not in a position to gank. This gives your jungle the ability to invade with your lane having priority. You also want to keep deep wards to be prepared for an enemy gank. For the most part you should be able to spin out of a gank but the deep vision helps a lot. Go for an early herald with your jungler to help you secure first tower gold

During mid game your priority should be to run down lanes and shove as hard as possible to pressure the enemy team into stopping you. When they come to stop you try your best to get out but taking something like an inhib will typically be worth more than your death. Make sure to keep jungle wards so you can see the enemy team rotating to stop you. The only time you want to join your team is if you see a teamfight about to break out or to pressure objectives like baron and drag. For the most part your late game will be the same as your mid game but it is vital to keep vision to see the enemies rotating as deaths are now more punishing to your team and the game could potentially be lost in one teamfight. Always watch your map and make sure to be there if your team needs you in a fight but as I said earlier you want to be hard shoving lanes and taking as many towers as possible. That's all you need to know to become minion tryndamere! Good luck in your games.