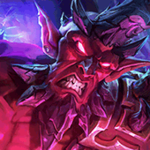 Yo wassup, it's your boi, Desgun

Yo w***up, I dont want to talk about this build. I'll just throw this one out because I have been using it nearly since the release of the new Ryze just because I forkin hate the rework.

This build will give a similar feeling of the old Ryze and will give all those good ol bois that missed the old one a place to feel safe.

May the force be with you.

Your team has tons of dmg but low survivability?
Swap Hextech with Locket of the iron solari (Yep), you can also take stoneplate if you are selfish - I personally always go for solari, just an option I never take.

Your team has moderate dmg and moderate survivability?
Stick to Hextech.

Your enemy is building too much MR(If the enemy adc doesn't and you got enough dmg in your team, don't go for this:)?
Build void staff.

Also, in some situations (If you play against a singed and/or other fast af boii champs like Jhin/Hec, Rylai's is another viable pick that will move your HP to almost 4k with Tenacity Potion (Which you should almost always use over the ap potion)

WARNING: Some people might ping you like a ****** for some of these items, especially if you aren't performing well. Thus, if you are new to Ryze and are bound to fail, just get ready to get **** on by your mates.
But as soon as you manage to learn Ryze and the playstyle needed for the build, people will ping you for other reasons.
(The playstyle for this build is very unique, if you manage to use the same playstyle on another champ, you are doing it wrong)