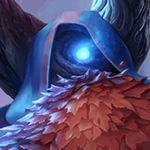 Call of the Freljord

By axelhaerchen
About Me
Hi there! I'm axelhaerchen, a EUW 100k+ Mastery Nunu Main that's only been playing for a little less than 2 years. However I spend a lot of time trying to learn and master parts of the game I enjoy, For example playing Junglers, especially Nunu & Willump :). I'm fairly low Elo however I still believe that my Knowledge and Understanding of Nunu in especial is very good.
I, personally don't play a lot of ranked so I thought that making a Guide will help at least a couple of people, that take ranked more serious than I do, climb the ranks :)

Also, please don't forget to check the Notes I put in the upper Sections since they give a little more insight on what to choose and why.

Thank you for reading and enjoy the Guide!

Nunu has a fairly quick first clear if you get a good Leash. You're going to want to start on your Red Buff, preferably having someone leash you but it's not the end of the world if someone doesn't want to.

While clearing your Red you want to kite him towards your Krugs. However youre not going to clear them, instead you're going to use that to get more distance for your Snowball

Biggest Snowball Ever! into your Raptors to do as much damage as possible it to clear them faster.

When you cleared Raptors you're going to head towards Wolves and on your way there use your Snowball as soon as it comes up to get there faster and to get some quick damage in.

Biggest Snowball Ever! if it's up again. While killing your Blue Buff, you'll kite him towards your Gromp to save the time it would take you to walk over to Gromp normally. If you get low and are afraid you're going to die, don't be scared to use your first Smite on your Blue but if you can, leave it for the Gromp Clear because that's where you'd normally get dangerously low even with your Q

When you're done with that, the first Scuttle should be up and you should immediately try rolling

Biggest Snowball Ever! there because the Movement Speed Buff that the Scuttle gives is really important for Nunu's Ganks.

If you can, go for a midlane Gank with the extra Movement Speed, and even if you can't Gank because the Lane is pushed in or your laner is dead or whatever just try going for the second scuttle, if that one is already taken try a Gank on whatever Lane is gankable because the Gold from Assists or Kills are a huge help for your early Bami's

Bami's Cinder and if there is no possible ganking spot you're gonna go for a couple more Jungle Camps, preferably in the enemy Jungle so that you keep your Lead.

Boots as it gives you a lot more ganking potential in the early game.

Biggest Snowball Ever! and

Call of the Freljord as both give him a lot of extra Movement Speed.

You should mostly use that Mobility for Ganks and to surprise the enemy Jungler by getting to the opposite side of the map very quickly.

Your biggest Tools for objective taking are your

Consume and Smite Combo, which makes you uncontested for pretty much any objective, as well as

Absolute Zero for Zoning people as well as dishing out a surprising amount of Damage that most people wouldn't expect.

If you're not Ganking you want to farm as much as possible. If you're ahead then you need to stay ahead if you want to influence your games. Getting a lead as

Nunu & Willump is not hard however if you neglect farming and only go for unnecessary Fights then you'll find yourself losing Objectives and the Game quickly.

Nunu doesn't have a lot of mechanics and is still very rewarding for the few ones he has. The most important one is using the root from your

Snowball Barrage to lead into your Ultimate

Absolute Zero because it deals inescapable Damage, and a lot of it at that.

And don't forget to be nice to your teammates to keep up the positive mindset. Give them a couple "gj!"'s to make them not give up their mental :).

Carrying Nunu's Early to Mid-Game Fighting power over into the late game is a little hard because that's not where Nunu's strengths lie.

As Nunu & Willump you try to get all your Lanes as ahead as possible so that you don't need to carry the team fights in the late game and instead your (hopefully) fed carries can do that and you only need to peel for them.

If you do get into Late and can't end before that, what you want to do is stay around your team and help them in pretty much every fight because you don't want any of your teammates to die since you mostly need to rely on them to win the game.

Snowball Barrage an lead that into a fat

Absolute Zero even if you get low during that, the rest of your team is going to have a much easier time finishing them off.
If they have a lot of hard CC that would stop you from getting in the middle of them, like a Morgana

Soul Shackles, or if they have a Leona on the Front line then just try to stay in front of your team and tank most of the damage as you have a lot of sustain in form of your

Consume and your shield from

Absolute Zero coupled with the damage from both of those abilities you can impact team fights even in the late game.

Thornmail Damage while fighting you. So try ganking a lot because that is your strong point as a control Jungler in the early stages of the game.

Challenger Nunu Guide Made By Hidon S11 Guide!!!
By Hidon1