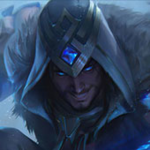 Blade of the Ruined King (Q)

Blade of the Ruined King (Q)

By Rime101
VIEGO GUIDE
YOU LOCKED IN 1st TIME VIEGO AND ARE SEARCHING UP A GUIDE WHILE THE GAME LOADS?
TLDR; PLAY WITH

Taste of Blood and

Guardian Angel. If you dont want to play crit you can build

Blade of the Ruined King &

Sterak's Gage instead of Collector and IE.

Death's Dance if vs heavy AD.

Hey! My name is Rime and I am a Season 10 Grandmaster mid who mostly plays Sylas. Ive played roughly 20 games of Viego on PBE and have played 10 ranked games of Viego on the live server since he came out. This guide is far from perfect as Viego has only been out for a couple of days and Im sure the meta will change but as of right now there are some clear builds that stand out as the strongest.

I am not the best Viego but I am a high elo player and I have looked at the current top 10 Viego players in the world (leagueofgraphs as reference) and can see what is currently working best for them.

There is not 1 best build on Viego right now. It is important to look at the enemy team comp before deciding what you want to buy.

THE BEST ITEMS ON VIEGO ARE

Sterak's Gage. These items are strong in every single game and will never be bad on Viego no matter what Mythic item you are buying. Generally if you are building a mythic item that gives you attack speed such as

Kraken Slayer you will want to build

Blade of the Ruined King with it. If you are rushing

Galeforce as your mythic item. If the enemy team is mostly tanks you will want to build

Galeforce to be the best Mythic item on Viego. Viego is a champion that relies on getting kill resets to do anything in teamfights. VIEGO IS EXTREMELY WEAK IN TEAMFIGHTS IF HE DOES NOT GET A KILL RESET. Building Galeforce or even Goredrinker will give you the necessary burst you need to take over a teamfight, get kill resets, and spam

Lillia , and even then Im not sure if the item is better than

Trinity Force is strong on VIEGO JUNGLE. It is not very strong in laning phase and is not meant to be built on SOLO LANE Viego.


Most Viego players are currently maxing Q > E > W. THIS IS FOR JUNGLE. IF YOU ARE PLAYING SOLO LANE VIEGO THE ABILITY MAXING ORDER IS Q > W > E. If you are laning vs someone who rushes seekers armguard or bramble vest you should consider switching from Q to W max for that game. Viego's W

Spectral Maw has 300 base damage which is extremely high and can often catch people who build "tanky" off guard.

When you are playing teamfights as Viego your goal is simple. In a teamfight you want to force a kill so that you can use Sovereign's Domination.

BE A PART OF A KILL > TAKE THEIR SOUL USING Sovereign's Domination, spam that champions abilities then instantly use

Heartbreaker again. Viego Ult does an insane amount of damage and the cooldown gets reset if you manage to get a kill. The most important thing to know about playing Viego is to USE YOUR ULT, dont save it for the perfect opportunity. Throw it out if someone is low and if they do not die its ok. During the next fight if you get an assist you can take someone's soul and use it again no problem.

If you are getting poked heavily in lane you can easily heal up off minions by hitting them with an ability (mostly from q) then auto attacking the minions. Even if you are laning with 90% hp you should be using your q and auto attacking minions to stay full HP.

Viego's rune page viability is pretty small as he does not use the sorcery or resolve tree well. The only options you can use that are strong on Viego are Precision, Domination, and Inspiration. But even inspiration is weak because Viego does not need biscuits for laning phase due to his built in sustain.

As far as runes go on Viego

Conqueror is generally the best rune on Viego because of how insanely fast he can get it to 12 stacks. Because of Viego's passive you can Fully stack Conqueror by using the combo AA > Q > AA > W > AA. And once you complete a mythic item with an active or if you use your ult it will be able to stack even faster.

Press the Attack can also be really strong if playing vs a team comp of mostly squishy champions, but as long as the enemy team has 2+ tanks or 3+ bruisers conueror will be the best Keystone on Viego.

Conqueror if the fight is longer than 5 seconds.

IF YOU TAKE OVER

Ornn body UPGRADE YOUR TEAMS ITEMS TO MYTHICS. IT IS INSANELY OP AND WILL LIKELY GET HOTFIX NERFED

And if you want to look at build and rune winrates look here: https://lolalytics.com/lol/viego/build/
keep in mind that there wont be enough data to tell what's actually good for another week

Thanks for reading! GOOD LUCK IN YOUR RANKED GAMES, AND REMEMBER TO ALWAYS TAKE OVER A SOUL FOR A FREE ULT RESET!